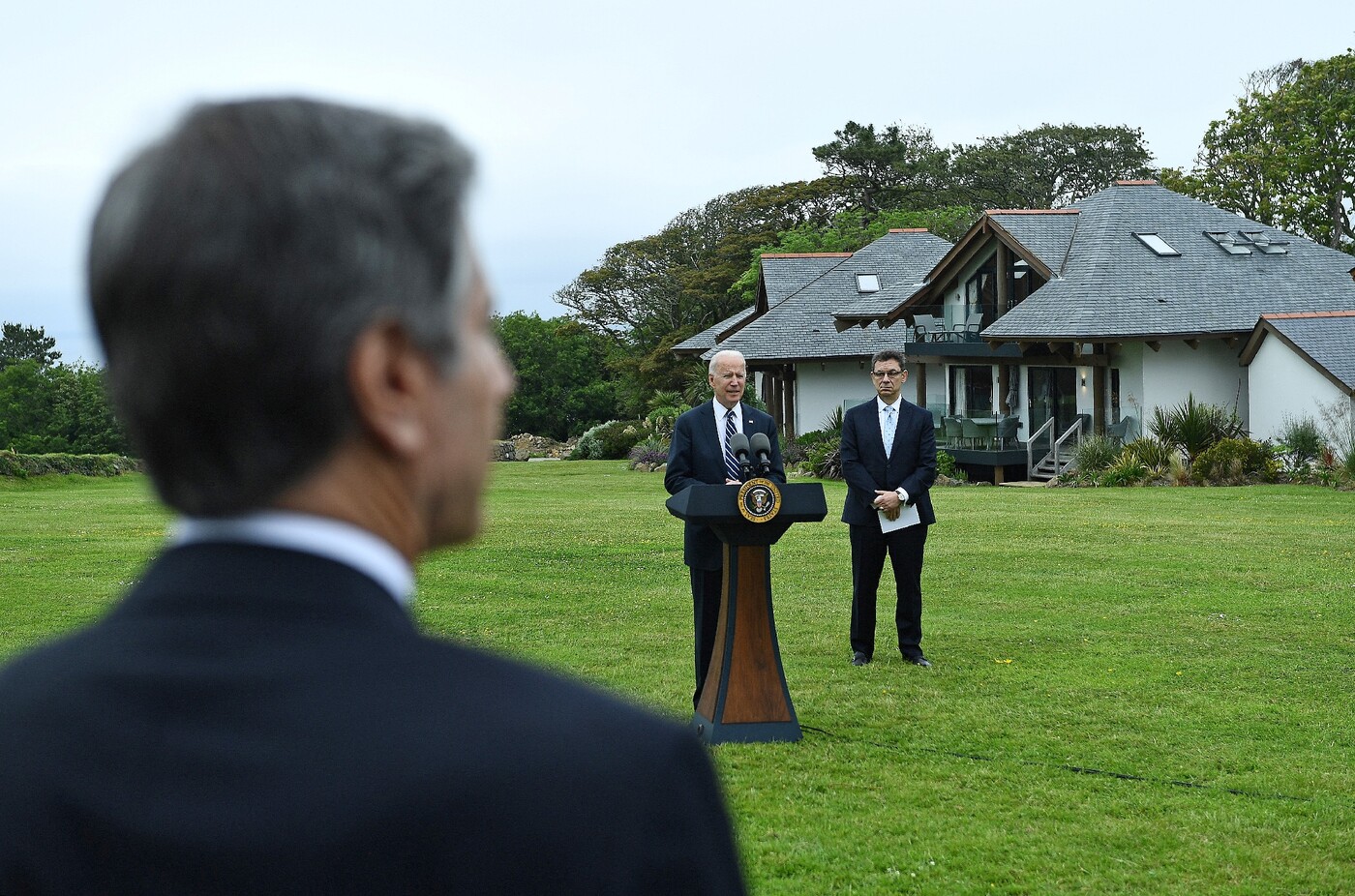 The United States and China again exposed their differences on Friday, as US President Joe Biden meets his closest allies during a series of summits denounced by Beijing as “pseudo-multilateralism” benefiting “cliques”.

Almost three months after their big unpacking in Alaska where, in front of the cameras of the whole world, they had given the impression that an unbridgeable gap separated the two rival powers, the chiefs of the American and Chinese diplomacy, Antony Blinken and Yang Jiechi, had a noticeably strained telephone conversation.

The moment chosen for this first exchange since the March meeting in Anchorage is not trivial: Antony Blinken is with Joe Biden in Europe for a G7 summit followed by meetings of NATO and European Union leaders.

The President of the United States is trying to unite his Western allies in the face of Beijing on many issues, from trade to human rights to technologies, in what he considers to be a strategic priority of his mandate: the confrontation of democracies against “autocracies”.

The US Secretary of State has once again listed Washington’s grievances, according to a press release from his services.

He called on China for “cooperation” and “transparency” about the origin of Covid-19, stressing “the need” for further investigation by experts from the World Organization of health (WHO) after the criticisms that targeted the first mission.

See Also:  In the United States, nine states will stop paying material assistance to the unemployed

Joe Biden gave US intelligence 90 days at the end of May to provide a report on the subject, in order to decide between the thesis of an animal origin and that, recently relaunched, of an accidental leak at the Chinese laboratory in Wuhan.

Yang Jiechi, the highest diplomatic official of the Chinese Communist Party, once again denounced the latter track as “absurd”, urging the Americans not to “politicize” this sensitive issue, according to Chinese state television CGTN.

Antony Blinken also called on Beijing “to end its pressure campaign against Taiwan”.

There too, immediate response from the Chinese official, who asked his counterpart to be “careful” when it comes to the island, which China still considers as one of its provinces, but with which the administration Biden wants to engage in trade talks.

The Secretary of State added by evoking the “concern” of the United States about “the genocide and crimes against humanity in progress” aimed according to the American government at Uyghur Muslims in Xinjiang. But also about “the deterioration of democratic standards in Hong Kong”.

“The United States should resolve its own grave human rights violations and not use so-called human rights issues as a pretext to arbitrarily interfere in the internal affairs of other countries,” he said. Yang Jiechi replied curtly.

Above all, he attacked the strategy of President Biden who, while praising the “return” of America on the multilateral scene after four years of disengagement under his predecessor Donald Trump, wants to form a united front of democracies against China.

“The only genuine multilateralism,” “is that which treats everyone as equal and promotes mutually beneficial cooperation,” protested the Chinese leader. “Not the pseudo-multilateralism based on the interests of cliques and on a policy of blocs,” he said, according to the Chinese channel CCTV.

Like Donald Trump, Joe Biden wants to be firm with Beijing. But the Democrat has promised to explore all diplomatic avenues to cooperate with the powerful opponent on matters where the two countries have shared interests.

Antony Blinken thus evoked, according to the State Department, North Korea and “the need for the United States and the People’s Republic of China to work together for the denuclearization of the Korean peninsula”, but also Iran, Burma and the climate crisis.