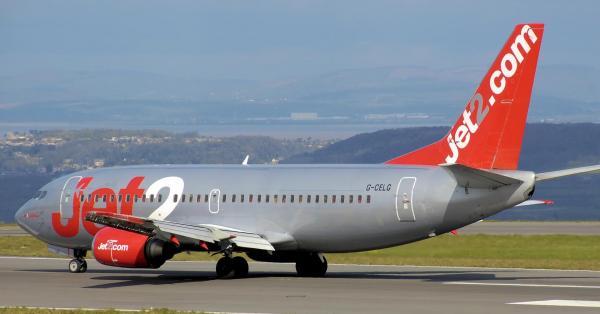 Since the beginning of the summer season on the island of Ibiza, British tourists have been the protagonists, in this case, due to their absence. And it is that the restrictions have been very strong to leave and enter the United Kingdom. In fact, the markets of Germany and the Netherlands have taken over from the British in considerable ways.

However, from this Thursday, the Ibiza airport will have all the airlines that operate with the United Kingdom and the entire grid of British destinations. Since the Balearic Islands became part of the green list for British holidays last week, flights to Ibiza have increased, as have their prices.

The first to get down to work to offer their vacation packages have been the tour operators Jet2.com and TUI UK, which have not operated at Ibiza airport since August 2020.

They were only able to offer flights for three weeks that season, as subsequent restrictions left the British with virtually no vacation options. For this year, the forecasts are more optimistic, since both companies hope to resume a large part of their operations offered before the pandemic.

The main British tour operator in Ibiza, Jet2.com, resumes its operations in Ibiza with 83% of weekly flights offered in 2019. The number of weekly landings for the first half of July rises to 55, with flights from ten British airports (Belfast, Birmingham, Bristol, East Midlands, Edinburgh, Glasgow, Leeds, London Stansted, Manchester and Newcastle).

On the other hand, its main competitor, TUI UK, will start with a smaller schedule, reaching 63% of flights offered in 2019. In its case, the company will bring fewer flights to Ibiza, but with the same variety of destinations as its rival. (Birmingham, Bristol, Cardiff, East Midlands, Doncaster, Glasgow, London Gatwick, London Stansted, Manchester and Newcastle).

Likewise, the British-flagged company, British Airways, has been forced to schedule more flights to Ibiza due to the great demand caused by the announcement of the British government. The airline has been operating on the island since the end of May, with a reduced schedule and offering flights only with London Heathrow airport.

However, as of this Thursday, the programming increases significantly, with Saturdays and Sundays standing out as the days with the most departures (up to 4 daily to London Heathrow) and reaching 14 weekly frequencies (56% of what operated in 2019).

In addition, the link with London City Airport is brought forward to Friday after a 10-month absence. This reboot was scheduled for July 10.

Likewise, the company’s new route to Southampton airport will open on July 17.

British Airways prices for flights between the United Kingdom and Ibiza were around 50 euros (round trip) when the Balearic Islands were on the amber list of the British government. After turning green, prices have increased by up to 1,400%.

Finally, low-cost companies, such as Easyjet and Ryanair, have also increased prices to enter and leave Ibiza. The British company has rescheduled flights to London Luton and Manchester from July 1, as they had been postponed at the beginning of August due to the uncertainty of the British government.

For its part, the Irish Ryanair will only have the connections to Edinburgh, Liverpool, London Stansted and Manchester during the first half of July after postponing, for the same reasons as Easyjet, the rest of the routes to the United Kingdom (Belfast City, Bristol , Birmingham, East Midlans, Leeds and Prestwick).

See Also:  US Open. Marta Kostiuk vs. Maria Sakkari in the first round: match preview