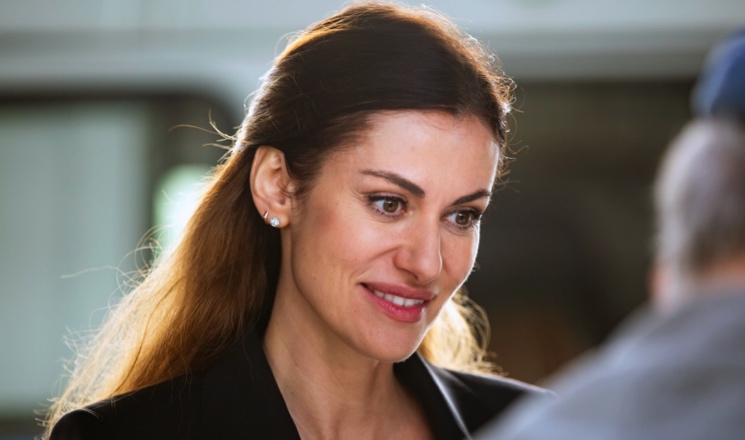 Anna Kovalchuk has been playing the main role in the series for 20 years “Secrecy of the investigation”… Filming in this project made the actress the favorite of millions of TV viewers. Anna herself calls motherhood her main role.

Anna Kovalchuk was born on June 15, 1977 in Neustrelitz, Germany. Mother – Natalya Fedorovna – head of the kindergarten. Father – Leonid Ivanovich – military. Grandfather is a school director, grandmother taught literature. Anna has a brother, Pavel, who is four years older than her. Anna also has a paternal sister – actress Ekaterina Kovalchuk. She spent her childhood and school years in Leningrad, Yerevan and Moscow. Exact sciences, especially mathematics, were good at school. After graduating from school No. 601 of the Primorsky district of St. Petersburg, she intended to enter the Leningrad Polytechnic Institute with the aim of studying cybernetics in the future. But after a while she chose the profession of an actress and entered the Leningrad Institute of Theater, Music and Cinematography.

The first role of Anna Kovalchuk in the movie of the actress took place in 1998. She starred in a lyric-comedy parable “Love is evil”.

Universal popularity and love came to the actress after the role of investigator Maria Shvetsova in the television series “Secrecy of the investigation” in 2001. The picture was filmed based on detectives of the lawyer Elena Topilskaya. According to the idea of ​​the writer, the main character was supposed to be about 30 years old. Therefore, at the audition, the actress lied – she said that she was 29 years old, not 22 years old. Soon she was approved for the role. After filming the first episodes of the series, it turned out that the actress was pregnant. The filmmakers decided not to hide the pregnancy of the actress. The script was rewritten for it. On October 26, 2000, the actress gave birth to her daughter Zlata. The scene of childbirth and breastfeeding took place in reality and was included in one of the “Secrets of the Investigation” series.

See Also:  that other business experts are actually using in 2021 - Eechobuzz

“At the very beginning of filming“ Secrets of Investigation, ”I had a very hard time. There was no experience in the cinema, but there were insane auditions for six hours. When we shot the first episodes, I was very tired, I also found out that I was pregnant and thought: it’s good that it’s all over. Now I have come to flutter on the set of this series. We have a very friendly creative team that manages not to blindly follow the script, but to improvise right on the set. We are all rooting for the series, we pass each episode through ourselves, love each other and miss the crew and the characters. We are interested, we find it funny, and the viewer feels it “, – noted the celebrity.

In 2005, Kovalchuk starred in the TV series The Master and Margarita. The filming process was not easy for the artist. Anna learned to fly on a lounger in a special corset, endured an eerie cold, and left scars on her body from a heavy metal suit. “Anna was naked almost all the time. And everyone was so used to it that when she dressed, they simply did not recognize her. “, – recalled the director Vladimir Bortko. The actress herself is sure that the fate of a woman who is driven by love will always be relevant. “I am convinced that love is the only motive power and, in general, a stimulant to life. Only for the sake of love do we truly live, do not exist, do not walk like the dead, but we live. Therefore, such roles will always be interesting “, – she says about her Margarita.

See Also:  Shaving half an eyebrow, the viral trick to get foxy eyes and an immediate lift

In film Admiral Kovalchuk played Sophia Kolchak, the wife of the head of the White movement, Alexander Kolchak. In an interview with the magazine Time Out Kovalchuk said: “When I read the script, I was tempted to audition for the role of Anna. But then I thought that I was playing the role of a woman who is ready to sacrifice everything for the sake of her passion in the play “Anna Karenina” at the theater. And I wanted to play another love … “… The film premiered in 2008.

She starred in the films “Peculiarities of National Policy”, “Against the Current”, “The Estate”, “Rhymes with Love”, “Rush Hour”, “Admiral”, “Can I Call You Mom?”, “And There Was a War”, “The Personal File of Captain Ryumin”, “Peter the First. Testament of the princess “,” Hurray! Holidays! “,” Godunov “,” Cinderella “.

Anna Kovalchuk met her first husband Anatoly Ilchenko while entering the theater institute. They lived from 1999 to 2005. Daughter Zlata is fond of equestrian sports. Candidate to master sport. She starred in several episodes “Secrets of the investigation” together with her mother. “Zlata has been acting in“ Secrets of the Investigation ”literally all her life. Sometimes I had to lure her with a reminder of the fee– Anna laughs. – But in fact, it was never a burden for my daughter “.

Since 2007, the actress has been married to businessman Oleg Kapustin. The couple has a son, Dobrynya, born in 2010.

Anna Kovalchuk plays in the theater and starred in the TV series “Secrets of the Investigation”, which made her famous throughout the country. The star loves sports. She seriously monitors her physical activity, and a few years ago she also gave up meat. Having exchanged his fifties, Kovalchuk can give odds to many young competitors. She looks so good. The actress willingly shares her beauty secrets: “At home, once a week, before washing my hair, I make a mask: I mix vitamins in ampoules with hair balm. Everything is perfectly soaked in an hour – from roots to tips. Or olive oil for three hours under a hat. I also like to rinse my hair with chamomile. Once a week I take a salt bath: salt removes toxins. In the morning I rub my face with ice cubes with chamomile or parsley. And no swelling, pores are narrowed, and a charge of vivacity for the whole day. And I go to the salon for an apparatus massage – my favorite procedure. “.

In 2019, Kovalchuk said that she has a sister. It turned out that the actress’s father had an affair on the side. The celebrity found out about this in 2014. “Katya came to my performance and gave me flowers. I didn’t imagine then that this was my sister ”, – said the actress on the air of the show “The Fate of a Man”.

Inspired by the example of her older sister, Katerina became an actress. “I came to their graduation performance and saw how she plays. It is fantastic. She is small, thin. Insanely talented “, – Kovalchuk shared her impressions. Now the sisters have become close friends.