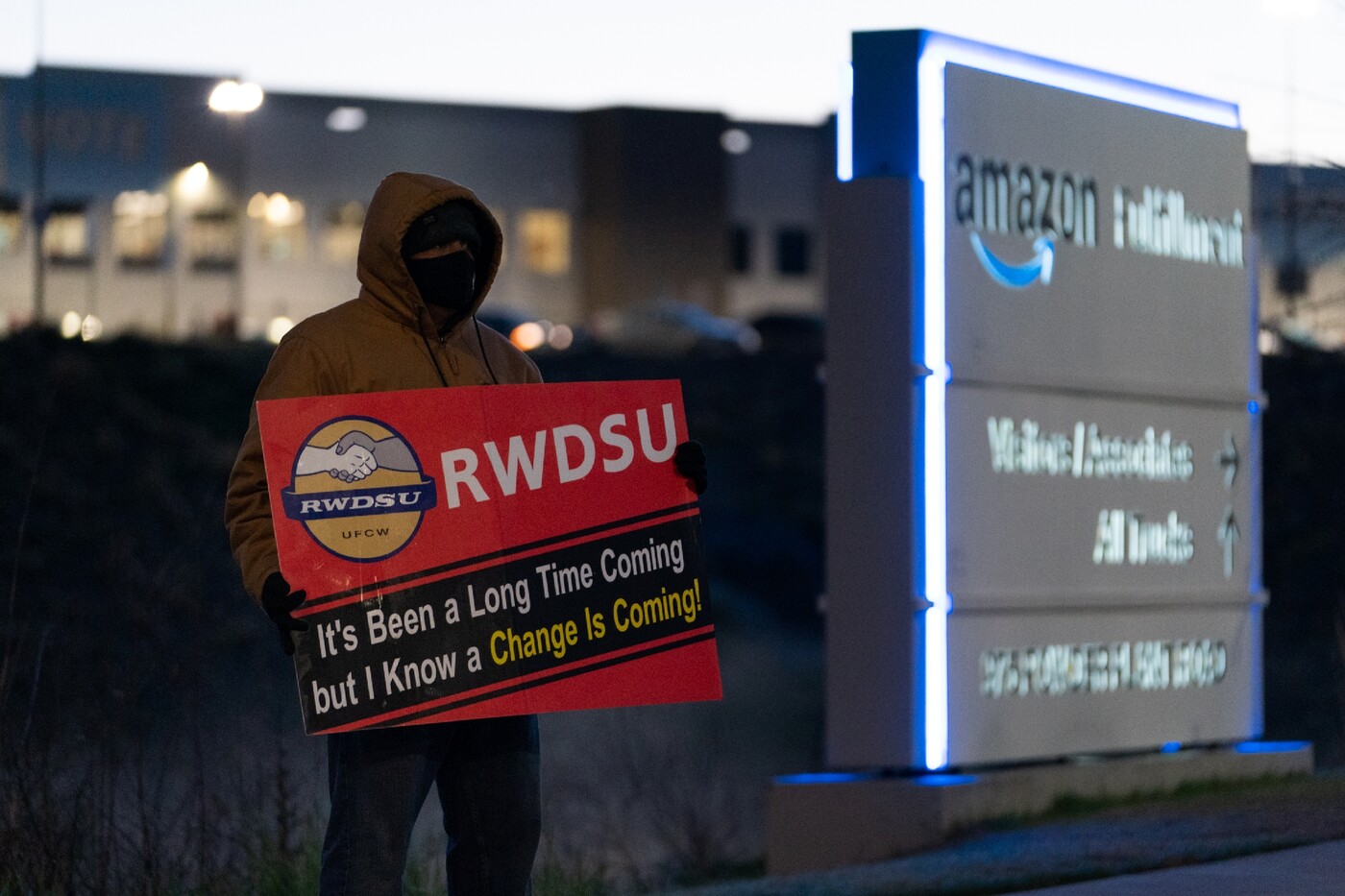 Unionists appeared to be bracing for a defeat Thursday night after the first day of the vote count for or against the creation of a union in an Amazon warehouse in Alabama, which would be a first in the United States.

The e-commerce giant, which campaigned against the unionization movement, had a big head start with 1,100 “no” against only 463 “yes” counted.

A little more than 5,800 employees were called upon to vote, and 3,215 ballots were received. The vote will be won by a simple majority of the ballots cast, ie 1,608 votes.

“Our system is broken and Amazon has benefited greatly from it,” said Stuart Appelbaum, chairman of RWDSU, the distribution union that Bessemer warehouse workers want to join. “We will call on the Federal Labor Law Agency to hold Amazon to account for its illegal and shocking behavior during the campaign,” he added.

Bessemer’s movement took on a national dimension. It has seen backing against union workers – artists, Democratic and Republican parliamentarians, and even President Joe Biden – and Amazon, the second largest U.S. employer whose business has flourished during the pandemic.

The Seattle group and the RWDSU clashed online. On the ground, Amazon has been making its case against unionization with texts, posters and weekly briefings in the warehouse for months, while unionists canvassed employees at the entrance to the warehouse. warehouse day and night.

“Make no mistake about it; this remains an important moment for the workers. Their voices will be heard, ”insisted Stuart Appelbaum.

Pro-union employees complain of hellish rates, lack of time to go to the toilet or to eat, the lack of safety protections (especially against Covid-19) and insufficient wages for the work required.

For its part, Amazon defends itself by recalling that wages start at $ 15 an hour (more than double the minimum wage in Alabama) and that it provides social benefits, such as health coverage. The group ensures that its employees have the necessary breaks.