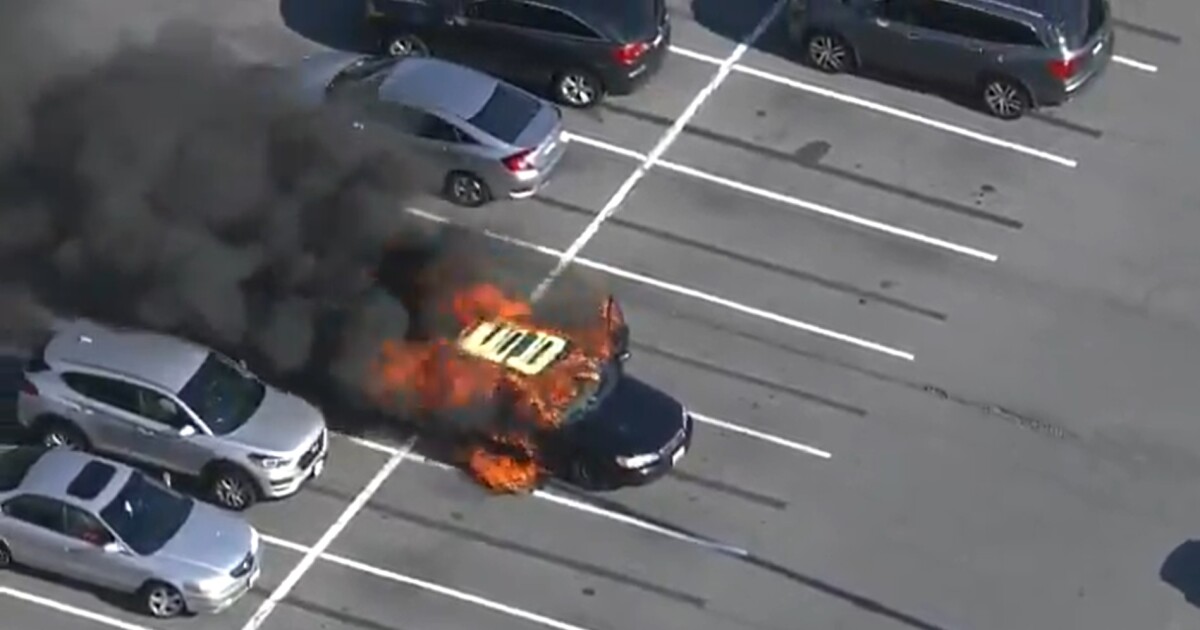 A car caught fire after a driver used antibacterial gel while smoking a cigarette in Rockville, United States.

According to the Montgomery County Fire and Rescue Service, andThe man was smoking inside the car, in a parking lot, in the afternoon of May 13.

The man, who has not been identified, managed to get out of the burning vehicle, but suffered first and second degree burns, mainly to the hands and inner thighs. He was rushed to a hospital.

Montgomery County Fire and Rescue Service spokesman Pete Piringer shared footage of the car’s appearance after the crash and a news helicopter video showing the car on fire.

“Using hand sanitizer and smoking a cigarette is a bad combination in unventilated areas, such as in a car.“Said the official in a Twitter post.