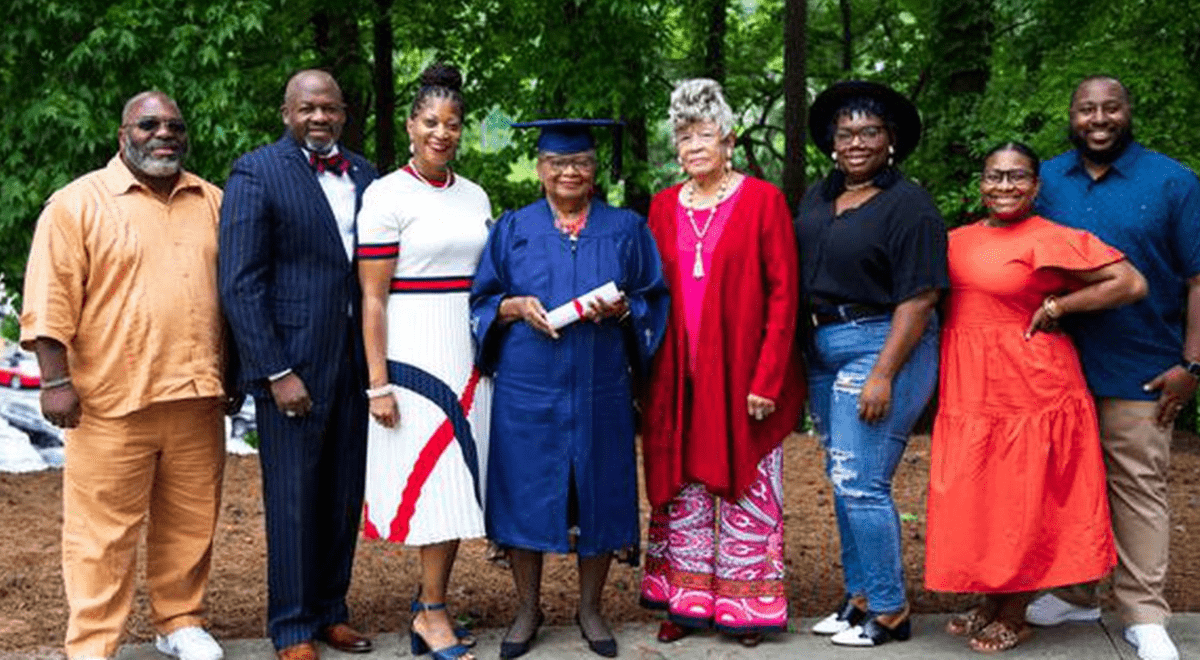 A 78 year old woman He has just graduated from Liberal Studies from Samford University in Alabama, USA. His grandchildren and great-grandchildren were in charge of recording his graduation, in the middle of the coronavirus pandemic, and shared on YouTube, where it went viral.

“If I could have done cartwheels around the stage, I would have done it”, confessed Vivian Cunningham about the day you received your diploma. She spent six years working hard to fulfill her dream of being a professional, something not easy for a retired woman with three grandchildren and three great-grandchildren.

On graduation day, the woman wore a long purple gown, the classic cap and a red mask. The great-grandmother enjoyed one of the most important and significant moments of her life, in which she was accompanied by her family.

DO NOT MISS: United States: Peruvian and her husband are killed in alleged case of racism

“My friends have called me and have told me that it has motivated them. And some of the young people in my family also. They said that, if I could do it, they too” added the 78-year-old woman.

Vivian worked for 29 years as a janitor and then as a mailroom manager for the Alabama Power Company, before retiring in 1992.

READ ALSO: Keiko On Forced Sterilizations: “That Was Family Planning”

For years, Vivian took classes at night with students much younger than her, although she confessed, “I enjoyed being in the classroom.” Thus, with the arrival of the coronavirus pandemic, he had to adapt his studies to virtual classes to complete his career.

Vivian’s story has captivated thousands of YouTube users and other social networks that highlighted the perseverance of women.

* With information from La República.