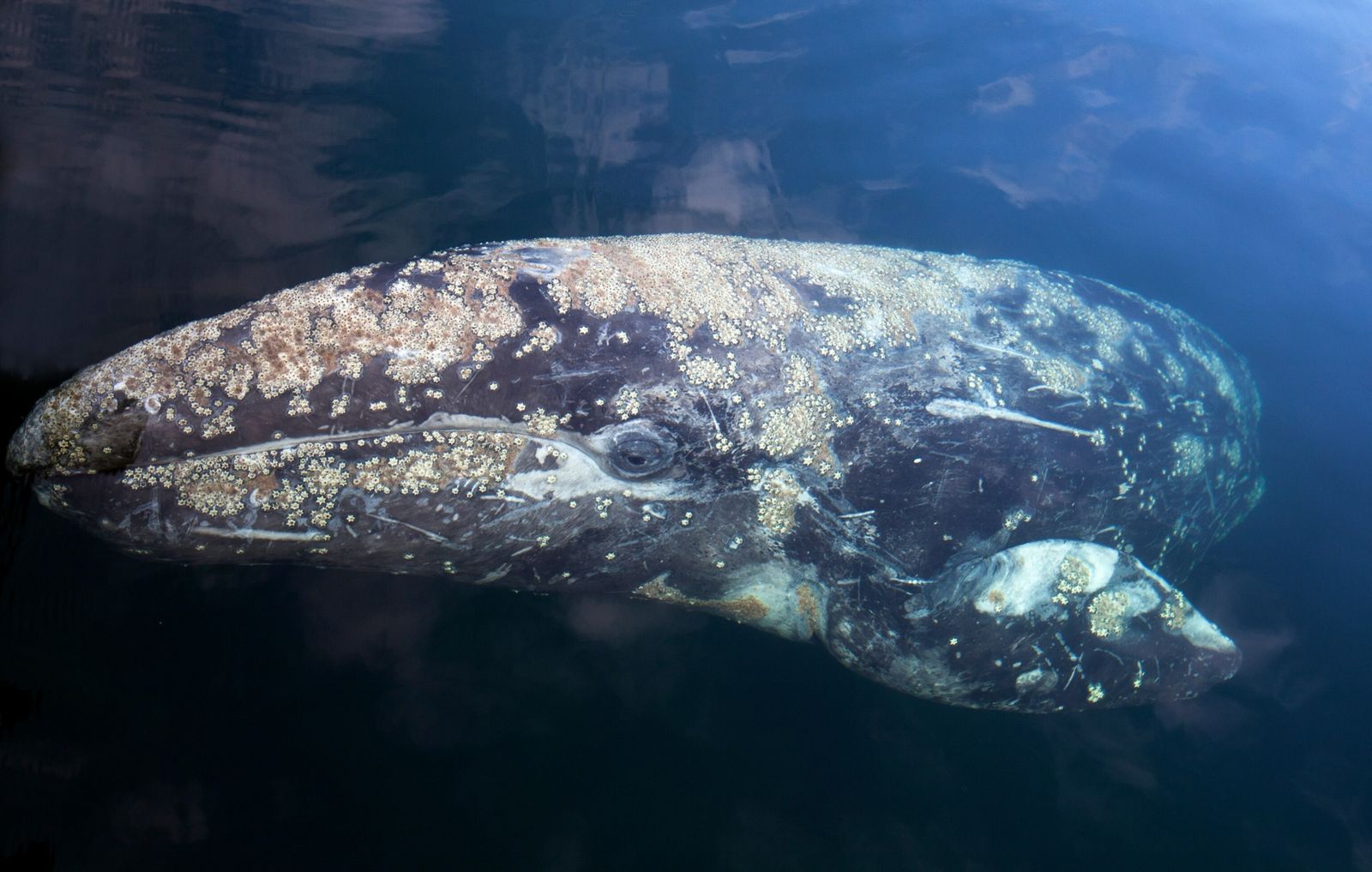 For a whale that typically migrates distances of around 8,000 km, “traveling this far has enormous implications,” says Russian Hoelzel, co-author of the study, evolutionary biologist at Durham University in the UK and explorateur National Geographic. “It makes you wonder why they do it and under what circumstances. This is why it is scientifically interesting ”.

THE STUDY OF GENES

For the purposes of their study, Tess Gridley and Simon Elwen teamed up with Rus Hoelzel and Fatih Sarigol, evolutionary biologist at Durham University. Scientists wanted to compare the genomes of the highly migratory cetacean with those of other gray whales stored in the American Center for Biotechnology Information, a digital directory dedicated to the genomes of more than a thousand organisms.

They wanted to rule out the possibility that the whale came from an unknown population native to the Atlantic. The presence of gray whales in the Atlantic has been demonstrated by fossil evidence and two specimens have been observed in the North Atlantic and the Mediterranean in recent years.

“There are species of cetaceans that we know little about because they are difficult to find,” says Rus Hoelzel. As for the gray whales, they tend to evolve near the coast and are easily recognized. This is why the existence of a population hidden in the Atlantic is unlikely ”.

It turns out that the genes of the whale seen in Namibia did not match those of the North Pacific gray whales stored in the biotechnology database. Surprisingly, the closest correspondence was with the endangered population of the west.

The team then analyzed all the routes likely to have been taken by the marine mammal, taking into consideration that it was easier for the animal to pass through Canada using the Northwest Passage. Other routes, such as bypassing South America or crossing the Indian Ocean, are unlikely; Besides the fact that no sightings of this cetacean species have been reported, gray whales also tend to feed in shallow water, which makes long trips on the high seas even more difficult.

Sue Moore, a research scientist specializing in Pacific marine mammals at the University of Washington in Seattle, however, believes that crossing the Indian Ocean is the most likely option, because this route is the shortest and the easiest.

“That said… this whale was undoubtedly a wanderer,” adds the researcher who did not take part in the study, suggesting that it was not a migratory journey with a clear destination in mind.

“It gives us food for thought about the resilience of this species,” she concludes.

This article originally appeared on nationalgeographic.com in the English language.