Frank Ulrich Montgomery (German: [fʁaŋk ˈʊl.ʁɪç mɔntˈgɔ.mə.ʁi] (listen), born 31 May 1952) is a German radiologist. From 1989 to 2007 he held the office of chairman of the German physician’s union Marburger Bund, and was named honorary chairman in 2007. In the same year, he was appointed vice president of the German Medical Association. He was the latter’s president from 2011 to 2019. In 2015, Montgomery was elected vice chairman of the World Medical Association. In July 2017, he became chairman of the board of directors of Deutsche Apotheker- und Ärztebank which is a bank specialised on physicians and chemists in Germany as customers. The assembly of the World Medical Association on 25 April 2019 at Santiago de Chile elected him as chairman of the board for two years. He is also president of the Standing Committee of European Doctors since 2019. 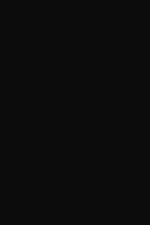