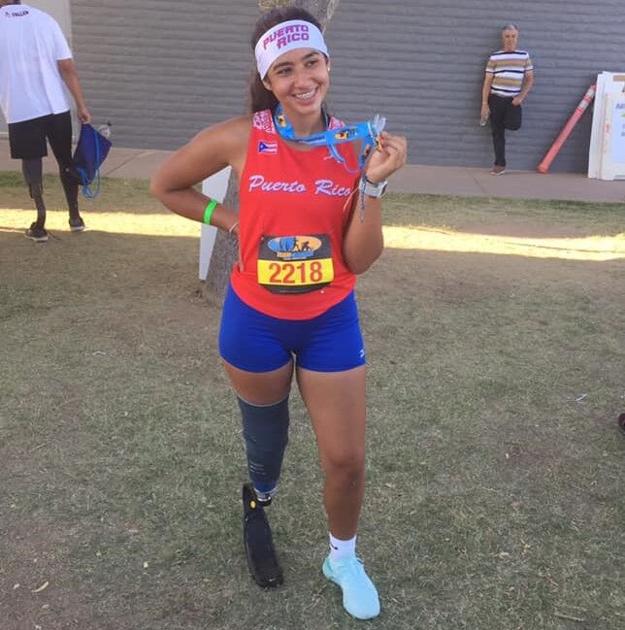 Puerto Rico already has its first athletes with an official ticket in hand for the Tokyo Paralympic Games.

After a meeting held on Wednesday night by the Paralympic Committee of Puerto Rico (Copapur), Yaimillie Díaz Colón and Carmelo Rivera Fuentes were the athletes selected to fill the available spots in the sport of para-athletics.

“The idea (of the meeting) was to select the two athletes who are going to represent us in Tokyo in a fair and clear way, so that all the athletes who have participated (for the classification) could understand it,” Pérez told THE SPOKESMAN.

The two places awarded to Díaz Colón and Rivera Fuentes for their most recent executions were awarded by the International Paralympic Committee so that there is representation from the country.

In that sense, as explained by the Copapur leader, these places were not directly awarded to athletes.

“In the case of Carmelo Rivera, who was the person we selected among three other athletes, that is, four athletes in total that we evaluated, Carmelo prevailed because not only did he win a silver medal at the Para-Pan American Games (in Lima 2019), but also that it has been consistent in the different events that it has participated, ”explained Pérez.

In fact, at the Arizona Desert Challenger qualifying event earlier this month, Rivera Fuentes won a gold medal in the T20 class of 1,500 meters and improved his Parapan time by timing 4: 08.08.

In the case of Díaz Colón, she is the only one competing at the international level and was the top winner by the Puerto Rican delegation in that event in Arizona, with three medals.

Regarding the Paralympic judoka Luis Jabdiel Pérez, his classification has to wait until the final date of June 30.

“He is within the magic number that we need, which is among the best 20 in the world. But he has to continue competing to stay within those 20. If he does not compete, he could leave (the ranking) ”, said the manager.

The flag-bearer of the Puerto Rico Paralympic delegation in the Rio 2016 edition is currently ranked number 20 in the world ranking of the International Federation of Sports for the Blind (IBSA).

Pérez, who competes in the -66 kilogram division for the blind, travels on June 14 to England, where he will compete on June 19.

Copapur is also waiting for the international to receive two more quotas for the sport of para-swimming.

The Tokyo Paralympic Games will run from August 24 to September 5, two weeks after the Olympics.