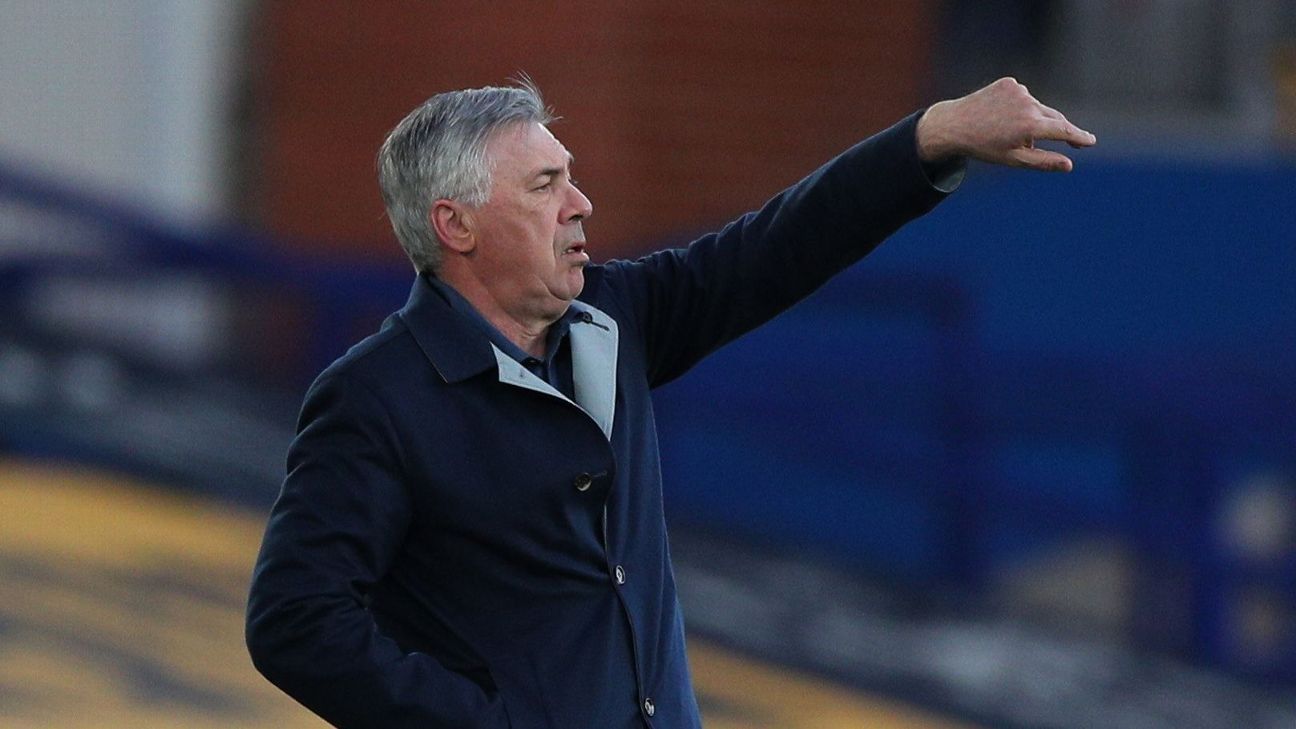 The technician Carlo Ancelotti revealed that James Rodríguez and Yerry Mina did not train in recent days so they will be absent from the Everton call-up for the pending match of this May 13 by the Premier League.

Without the Colombians. That way the team will catch up on the calendar against Aston Villa in Birmingham due to a pending commitment of date 19 of the local tournament.

James and Mina did not train after last weekend’s win against West Ham and the coach prefers to take care of them for the last days.

On the midfielder, he explained that “he will return to training on Friday after the game and I hope he can play against Sheffield United. He no longer has any discomfort, he’s fine, but he didn’t train and I don’t want to risk it ”.

Rodriguez suffered from a calf discomfort on May 1 before playing Aston Villa at Goodison Park. This is the third consecutive match in which he will be out.

Meanwhile, the center-back was injured in his left leg in the 61st minute of the previous match and is still recovering.

Everton is eighth with 55 points and another victory would bring him closer to the UEFA Europa League zone in the absence of three games for the closing of the championship.