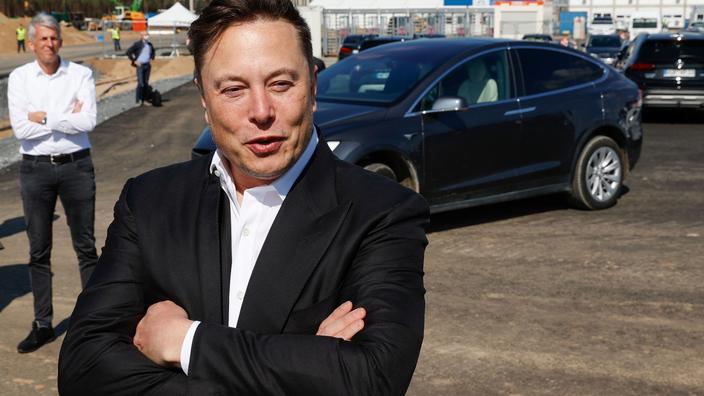 Its companies, SpaceX and Tesla, however retain important activities and their headquarters in the “Golden State”.

The exodus of stars from Silicon Valley continues: Elon Musk, Tesla’s whimsical boss, confirmed this Tuesday, December 8 to have left California to settle in Texas, a state with flexible taxation and lower cost of living. “Yes, I moved to Texas”, he said at a conference organized by le Wall Street Journal.

Elon Musk justifies his exile by the need to be as close as possible to the two projects which currently occupy most of his time: the development of rockets by his space company SpaceX in the south of the State and the construction of a factory. automobile by Tesla near Austin. SpaceX, like Tesla, retains important activities, and its headquarters in California, he stressed during the conference.

But this state, which is home to Silicon Valley companies and the Los Angeles movie industry, “Rests on its achievements”, lamented Elon Musk who spent a large part of his life there. The entrepreneur of South African origin had in particular scrambled with the local authorities in the spring, when the latter forced him to keep his car factory closed for several weeks to avoid the spread of Covid-19. His move could in any case allow him, theoretically, to make significant savings to the extent that Texas does not collect income tax.

Following the coronavirus pandemic which was accompanied by measures to restrict activity in order to limit its spread, several companies and personalities from Silicon Valley have chosen to leave California this year. This is the case of Hewlett Packard Enterprise, one of the companies that contributed early to the influence of this region, which announced in early December the move of its headquarters from San Jose to Houston, Texas. Data processing company Palantir, which made a notable IPO in September, has also distanced itself from the region, moving its headquarters from Palo Alto to Denver, Colorado.

The announcement of Elon Musk’s departure from California comes the day Tesla announced plans to sell up to $ 5 billion worth of its securities, which has been on the rise since the start of the year. The action of the manufacturer of high-end electric vehicles reached a new record on Tuesday evening, at 649.88 dollars, valuing the company at 616 billion dollars on Wall Street. This is almost 10 times more than the market capitalization of General Motors (GM), the number one car sales in the United States, which is worth 63 billion dollars. This surge allowed Elon Musk to leap into the place of the second richest man in the world, with a fortune now estimated at $ 155 billion, on paper, by the Bloomberg agency.

Tesla has been boosted for several months on the stock market by investor interest in electric vehicles, considered the future of the automobile. Since mid-November, the group has also benefited from the announcement of its imminent entry into the S&P 500 index, which includes the 500 largest companies in New York. This inclusion, which will take place on December 21, will allow Tesla’s share to be systematically integrated into many financial products that mechanically follow its fluctuations, ETFs, which should give it even more scope.

About the sale of up to $ 5 billion in shares announced on Tuesday, the group only indicates that it wants to use the money recovered to consolidate its balance sheet and for other general expenses. He had initiated a similar operation in September. The company raised enough money this year “so that its balance sheet and its capital structure allow it to strengthen its cash flow and thus gradually reduce its debt,” notes Dan Ives, analyst for Wedbush. That “Leave for the moment those who bet on a drop in the title”, he adds in a note.