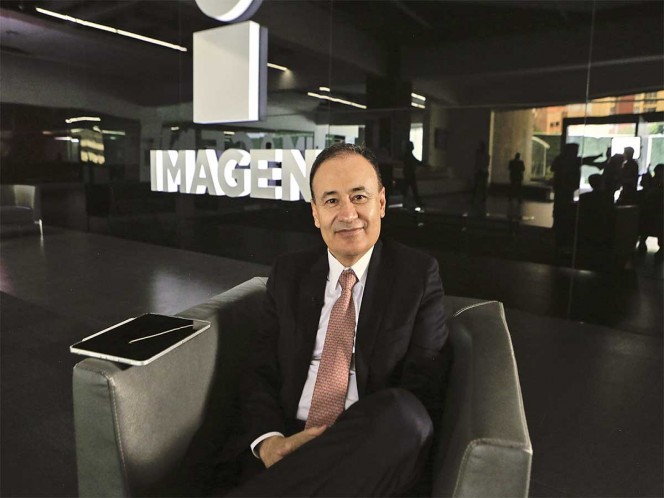 Alfonso Durazo pointed out that stopping crime and professionalizing the police forces are among the greatest demands in Sonora / Photo: Héctor López

The creation of a state police in Sonora with the standards of the National Guard, a tourist corridor from Arizona to the entity, the promotion of the local industry, and social support for Yaquis, Mayos and Seris will be the priorities in the government of Alfonso Durazo Montaño.

In an interview with Francisco Zea, for Imagen Televisión, the candidate for governor of Sonora for the Juntos Haremos Historia coalition (Morena, PT, PVEM and Nueva Alianza), pointed out that his campaign is not based on the “dirty war” which is a strategy of its adversaries, but in projects for the development of the entity.

The former secretary of Federal Public Security pointed out that stopping crime and professionalizing the police forces are among the greatest demands that the state has and that his experience in the matter will make Sonora a safe state to live in.

We have to create a state police with a capacity proportional to that of the National Guard to take care of it from the roots. We have to train and professionalize and we have to improve the socioeconomic condition of the security elements.

We need to create a real police career, improve income, particularly social benefits and purge the security forces. Not a single police officer without a trust control exam ”, he said.

Alfonso Durazo indicated that he plans to promote tourism to the entity, not only from Arizona, but from the western states of the American Union to reactivate the local economy and expand development poles.

And I’m going to focus on the effort to get the Arizona market in a first stage, in a second stage to extend it to New Mexico, Colorado and Utah. We have to improve infrastructure to offer greater attractions, and that is relatively easy, and roads that facilitate access to our state.

I am going to build, particularly the four-lane highway from Sonoyta to Puerto Peñasco, and bring the Phoenix market, which is an urban area of ​​six million inhabitants, closer to the beaches of Puerto Peñasco ”, he commented.

In the interview, the candidate for governor stated that there are options for employment and development in Sonora that he will implement. For example, the saddlery industry, the entity being one of the states with the highest production of meat, and therefore with raw material for this activity.

We are a very important meat-producing state, we are producers of fattening cattle, but we export all the leather to León, Guanajuato, in bulk, in greña, it cannot be that being cattle producers we do not industrialize leather and we do not produce shoes.

There are two ways to improve the economy of a state, of a country, it is the knowledge economy, and it is the value added to primary production, we must apply ourselves to these two tasks and that is what I am going to do, “he said.

Durazo Montaño pointed out that if he reaches the governorship of Sonora, he will continue at the local level with the social justice policy promoted by President Andrés Manuel López Obrador, in particular in favor of the groups that require greater attention.

You can also read: