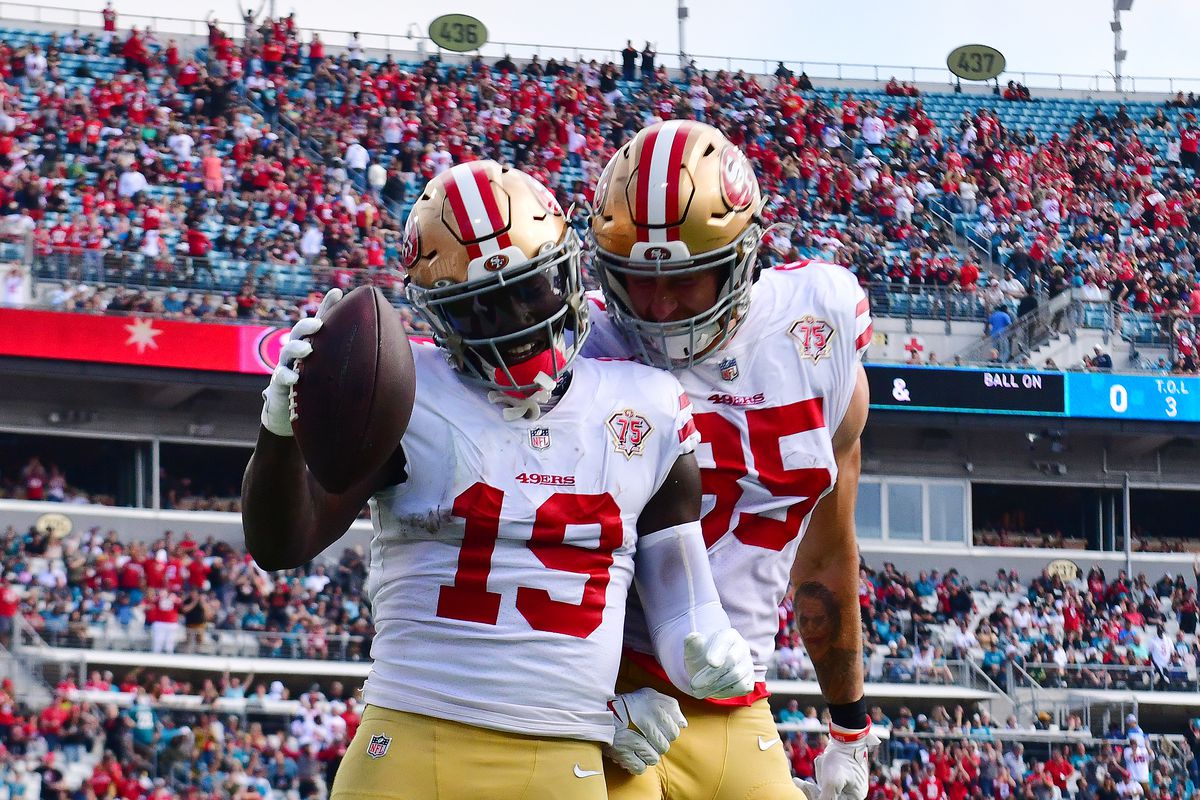 It is known that Kyle Shanahen can point a finger at any person at random and say that he will be his starting running back today. Not just like that, of course, but because in this position, Fotinainers are constantly injured.

Jeff Wilson injured his meniscus in the offseason. Raheem Mostert suffered a knee injury after two clearance attempts in the first round. Jamaicle Hasty pulled the ligaments in the second game week. Round six-selected Elijah Mitchell played three games with 100+ yards, but broke his finger the Monday before last. There is, however, a healthy Trey Sermon (third round of the draft), but he was lost behind the backs of his colleagues.

But here Schenachen came up with a new solution. Let the main running “San Francisco” be … the main receiver Dibo Samuel. One of those, about which they say “the weapon of attack”, and also the “athlete”. Samuel had only two assists on Sunday against Jacksonville, but made eight clearing attempts and 79 yards on the ground, including a 25-yard touchdown.

Deebo doing his thing in Duval.

Yes, in modern NFL history there have been hosts who took out more. But in reality, they were either running (like Ty Montgomery, Cordarella Patterson and Fred Taylor), or footballers with one crazy draw (like Joey Galloway and Jamal Agnew).

If in an amicable way, the Niners never invented the bicycle. In the last two rounds, Dibo has 13 clearances, including two touchdowns on the ground in situations where he was a runner. That is, they were not jet-spikes or all sorts of fakes. Samuel stupidly got into the backfield, got the tab and dragged the ball like a real running back.

Most of all, Shanachen values ​​speed in his runners. Mostert ran 40 yards in open practice in 4.38, Mitchell at the scout convention in 4.38. Samuel had 4.48. But Sermon showed 4.58 (perhaps that is why for now he is mostly sitting).