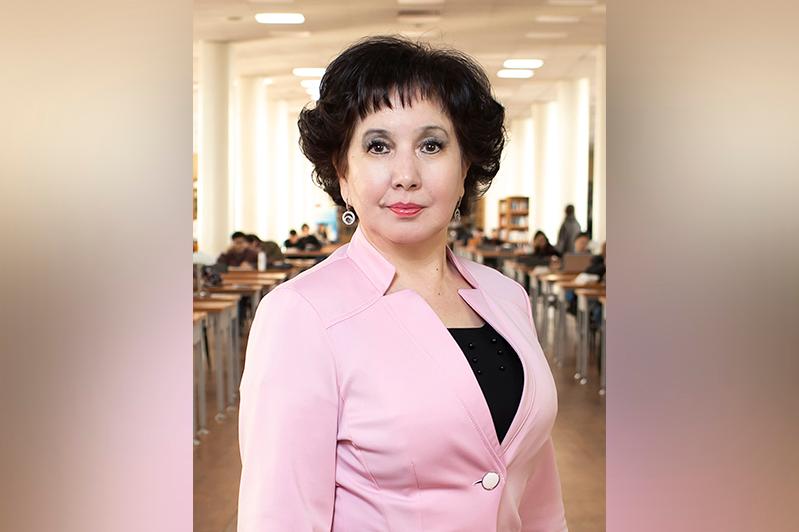 ALMATY. KAZINFORM – On the eve of International Women’s Day, Kazinform MIA traditionally talks about Kazakhstani women who have achieved great success in their careers. Director of the National Library of the Republic of Kazakhstan, Chairman of the Kazakhstan Library Union Bakytzhamal Ospanova has been in the library field for almost 40 years.

Labor activity Bakytzhamal Ospanova began in 1979 in the Naurzum regional centralized library system of the Kostanay region as an ordinary librarian. In 1983, Bakytzhamal Ospanova entered the Kostanay cultural and educational school, after which she worked as a senior librarian of the district library, head of the district children’s library, and acting director of the Centralized Library System.

– Tell us, please, how did you find yourself in librarianship? What allowed you to quickly get used to the profession, love of reading and books?

– Of course, reading books and loving them is one thing, but the profession of a librarian is completely different. I am a librarian and proud of it. It was my father who contributed to my choice of this profession. Since childhood, my father wanted to choose the profession of a librarian, he constantly told me that books occupy a special place for the spiritual development of society, for the formation of an educated, versatile person. On the advice of my father and of my own free will, I entered this profession. 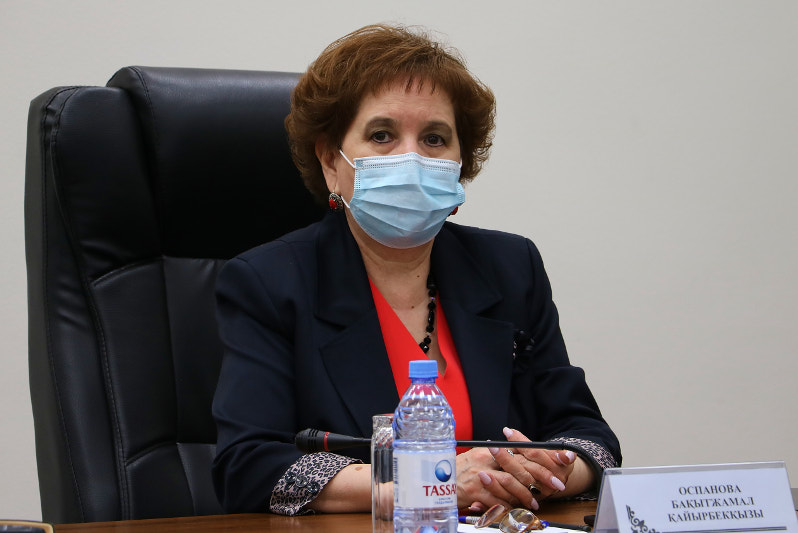 Having worked in the library field for about 40 years, I do not regret at all that I have chosen this profession. After all, a book is a whole world. The library has become my second home, every employee, every corner, every book and readers are very dear to me.

– What qualities should a librarian have?

– This activity carries with it a high responsibility and great responsibilities. The most important and important thing for librarians is the readers. After all, it is the readers who attach importance to our work. Therefore, we do our best for their all-round development, knowledge acquisition, full satisfaction of information needs and provision of favorable and comfortable conditions.

See Also:  A monument to 16-year-old Stepan Chubenko, who was killed by the invaders, was erected in Kramatorsk. Photo

– How did your work begin?

– From 1987 to the present, I have been working at the National Library of the Republic of Kazakhstan. The general professional experience of work is about 40 years, of which 34 years are devoted to the main library of the Republic. During this period, the library system and I grew up together, developed together. In 1997, I graduated with honors from the Kazakh State Women’s Pedagogical Institute with a degree in bibliography. She worked at the National Library in various structural subdivisions, including the departments of acquisition and processing of library funds, research, scientific and methodological, national bibliographies. In 2005-2011 she worked as the head of the organizational and personnel service, since 2011 – the first deputy director of the library. Since 2019, she has been appointed Director of the National Library. At the same time, since this year I am the chairman of the Kazakhstan Library Union.

– Last year the National Library of the Republic of Kazakhstan celebrated its 110th anniversary. What is the significance of the country’s main library?

– The library with more than a century of history during this period has 7 million units of the book fund and is the largest and main library in the country. We have over 46 thousand readers. Our library is a scientific, methodological and coordination center for libraries of the republic, engaged in the implementation of state policy in the field of librarianship, a unique cultural center that fills thousands of readers with knowledge and information. 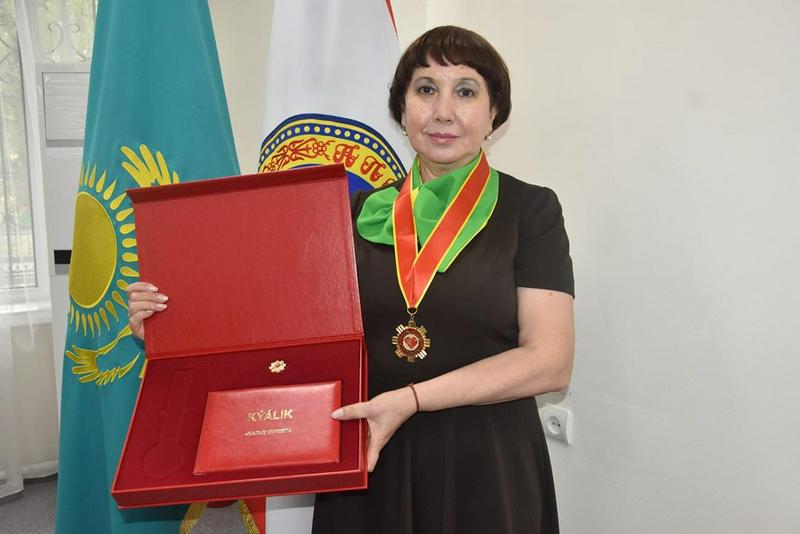 The National Library, as a scientific and methodological center of the country’s libraries, carries out systematic multilateral activities. In order to improve the professional qualifications of librarians of the republic, the schools of catalogers, restoration and conservation of written documents working at the library, conduct training courses, seminars, professional internships, consultations. In addition, within the framework of the dual education system, there is the Department of Library Science and Bibliography, which combines theoretical and practical training of students of library faculties.

See Also:  Friendship or love: what roses are talking about

At the present stage, the National Library directly implements the tasks set in order to implement the tasks of national modernization in accordance with the new time.

– What significant events have you hosted in recent years?

– The National Library was one of the first in 2019 on the eve of the anniversary of the great Kazakh poet, educator Abai Kunanbayuly, held a literary evening “Abai – the poet of the Great Steppe” within the framework of the 85th Congress of the International Federation of Library Associations and Institutions of the city of Athens. The purpose of the evening was the inauguration and promotion of the literary and spiritual heritage of the great Abai at the world level. The event was held at a high level. It was attended by public and cultural figures of Greece, business people, representatives of international organizations and diplomatic missions, our compatriots, journalists, representatives of the Kazakh diaspora.

The creative heritage of the great thinkers Al-Farabi and Abay is very rich. In order to popularize their spiritual heritage, the Abay Literary Center and the Al-Farabi Scientific Center have been opened in the National Library. These centers make it possible to deeply study the works and literary heritage of great personalities and hold mass events within its framework.

– What events do you have in the framework of the 30th anniversary of Independence of the Republic of Kazakhstan?

See Also:  Cruise - From / to Seattle, marvel at Alaska with the Ovation of the Seas

– In accordance with the instructions of the Head of State Kassym-Jomart Tokayev at the fourth meeting of the National Council of Public Trust on the formation of a high culture of reading, the need to increase the interest of children and adolescents in reading, the development of reading literacy among young people, 2021 was declared the year of supporting reading by children and adolescents. Also, on the initiative of the Ministry of Culture and Sports of the Republic of Kazakhstan, a nationwide action “Readers’ generation of Kazakhstan-2021” will be implemented. The purpose of the action is to carry out various events aimed at increasing the reading activity of children and the culture of reading with the involvement of representatives of the intelligentsia, statesmen and public figures, stars of culture and sports. In this regard, cultural events will also be held.

– On the eve of Women’s Day, tell us about the role of women in your profession and your wishes?

– All of the above activities are implemented by the staff of the National Library. As you probably noticed, 80% of the library staff are women, who are professionals, devoted to their profession and their work. Librarians, with their daily painstaking work, contribute to the development of the country’s culture, to the spiritual improvement of society. Everyone deserves great respect. 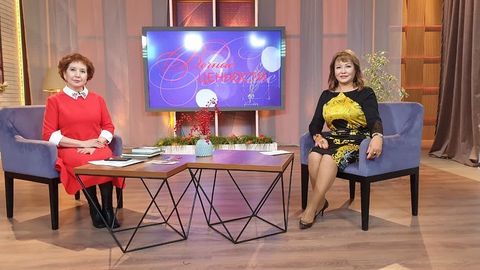 At the present stage, women are actively involved in all socio-political transformations taking place in the country, in the entire life of society. They work fruitfully not only around the family, but also in all spheres of politics, economy, social sphere, on an equal basis with men for the development of their state.

On the eve of the sunniest spring holiday, I sincerely congratulate all women, all mothers and beauties on International Women’s Day! I wish you good health and long life, happiness and good!