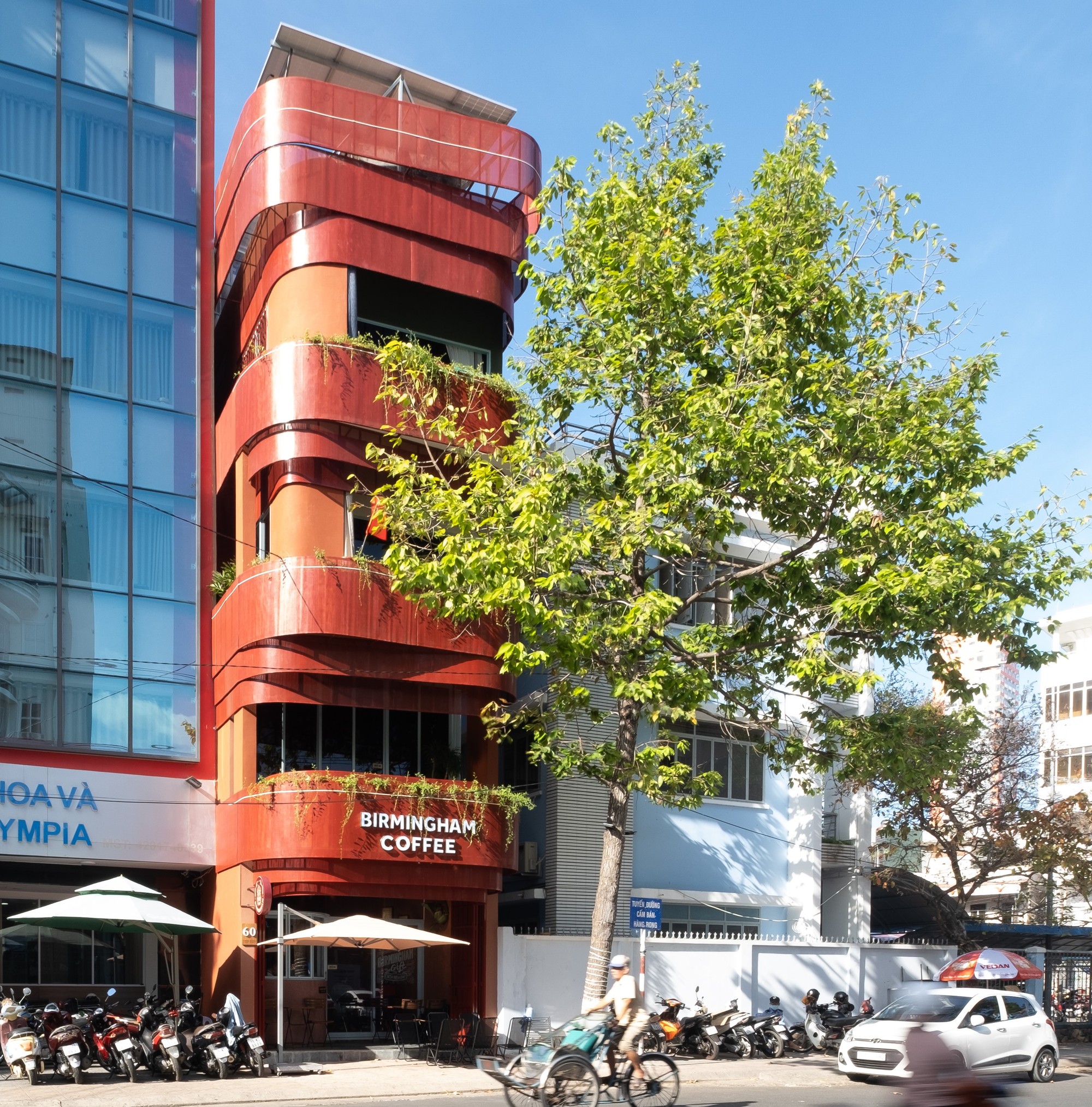 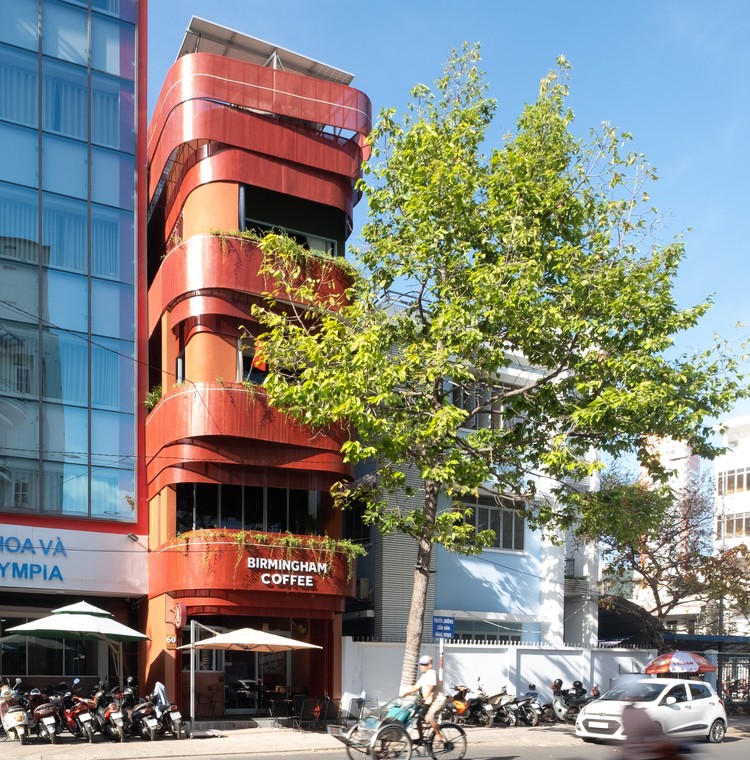 Description sent by the project team. Mini apartment and café Birmingham, a soft charm in a hilly city.

In a small 39 square meter trapezoidal plot, nestled between large-scale concrete buildings, lives a young man who fuels his passion for offering quality drinks based on pure coffee. The first and second floors house the cafeteria, while the other two floors above are two independent departments.

Like a dance of gentle curves between buildings, the cafeteria looks dry in expression. We use the steel nets to give a “soft layer” on the outside, which can reduce the strong solar radiation from southern Vietnam, which directly affects the surface of the building. At the same time, the light passes through the layers of steel and creates the shadow on the surface of the material, which will look smoother. Meanwhile, the view from inside remains unobstructed towards the landscape.

Instead of organizing a skylight core that connects nature in the middle of the house like many common models, we take the main living space as the core, whose natural layer will envelop the environment, expressed in direct interaction through the narrow green corridors. that run along functional spaces aligned with the angle of sunlight and local winds.

We organize the terrain from the regular curves that are allowed, they create a lot of interference space that seems free for disposition, access to nature and human emotions.

We give prominence to traditional handmade and natural materials such as terrazzo or pavers to create emotional surfaces in the sunlight and sensations of touch on every wall. The transitional atmosphere is experienced for each space along the vertical axis of the house, the atmosphere of natural wind, sunlight, shadow transitions, sound and temperature.