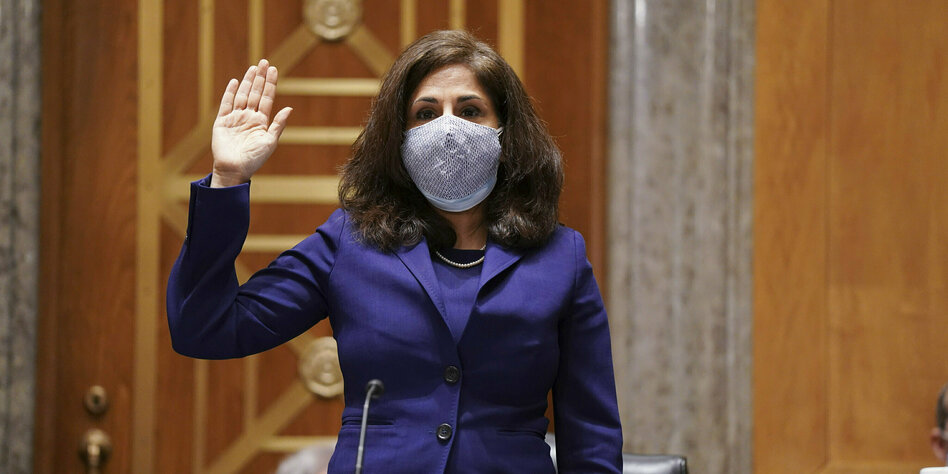 The US president withdraws Neera Tanden’s nomination for the post of budget director in the White House. He is responding to resistance in the Senate.

WASHINGTON afp | When setting up his government team, US President Joe Biden suffered a setback for the first time. Biden withdrew the nomination of his preferred candidate Neera Tandon for the post of budget director in the White House on Tuesday (local time). Previously, there had been resistance to the personnel in the Senate, which has to confirm the ministers and other high-ranking government representatives.

Biden said in a statement that he had complied with Tanden’s request to withdraw her nomination for the office of head of household. “I have the greatest respect for their achievements, their experience and their advice,” he added.

Tanden had previously asked the President in a letter to no longer consider her for the post in the White House. She justified this by saying that she did not want her nomination to distract from Biden’s “other priorities”.

The Indian-born Tanden heads the left-wing institute Center for American Progress. She previously served as an advisor to presidential candidate Hillary Clinton and worked for then-President Barack Obama’s administration.

Tanden’s nomination, which attracted attention with harsh remarks against ex-President Donald Trump and published derogatory comments about MPs on the online service Twitter, was not only criticized by the Republicans.

At the end of February, the Democratic Senator Joe Manchin announced that he would vote against Tanden if there was a vote. For a vote in the Senate, Tanden would have had to rely on all votes from the Democratic camp – the presidential party has 50 seats in the Congress Chamber like the Republicans. If there is a stalemate in votes, Democratic Vice President Kamala Harris has the right to establish a majority with her vote.

Despite resistance from within his own ranks, Biden initially stuck to Tanden. To make her appointment possible, the White House courted moderate Republican senators like Lisa Murkowski and Susan Collins. Their refusal to support Tanden ultimately caused their nomination to fail.

Two further nominations were confirmed by the Senate on Tuesday: The economist Cecilia Rouse as head of the Council of Economic Advisors and Minister of Commerce Gina Raimondo received the required majority of votes in the Congress Chamber. The current governor of Rhode Island is the first black woman to hold this position in the Department of Commerce. Before her Senate confirmation, Raimondo had announced a tough course on China.

The failed nomination of Tandens also brings the stalemate in the US Senate into focus – and with it the changed balance of power within the Democratic Party. So far, Senate Republican leader Mitch McConnell and his Democratic counterpart Chuck Schumer had been seen as the two main pullers in the Congress Chamber. The Tanden case now points to a change in the balance of power in favor of centrist democrats like the 73-year-old Manchin or the Senator from Arizona, Kyrsten Sinema.

For his ambitious reform projects, Biden depends on the support of the entire democratic camp in the Senate. This is especially true for his trillion dollar corona aid package, which the Congress Chamber is dealing with this week.

The Republicans unanimously reject the package. Manchin and Sinema were also initially critical of the package because it originally included an increase in the minimum wage. The waiver of the minimum wage increase should make it easier for the Senate to pass it.