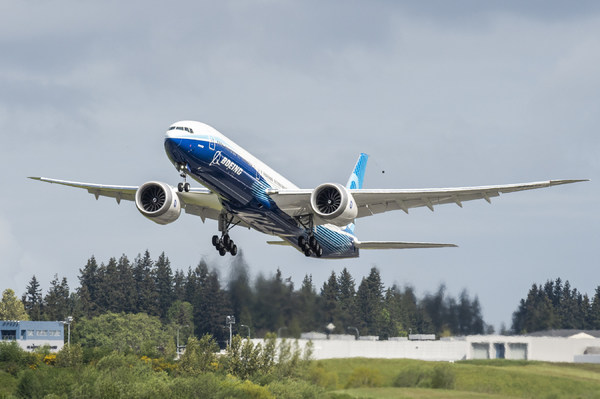 Article published on May 1, 2021 by David Dagouret

The turnover of the American manufacturer amounted to 15.2 billion dollars.

Boeing has announced its results for the first quarter of the year 2021. The American manufacturer achieved a turnover of 15.2 billion dollars. This quarter was marked by lower 787 deliveries and lower commercial service volume, partially offset by higher Boeing 737 deliveries and revenue generated from the KC-46A tanker program.

Cash and investment in marketable securities declined to $ 21.9 billion from $ 25.6 billion at the start of the quarter. The group refinanced $ 9.8 billion in debt during the quarter, and increased its revolving credit facilities by $ 5.3 billion to a total of $ 14.8 billion that remains available.

The backlog at the end of the quarter stood at $ 364 billion.

In the first quarter of 2021, sales of the Boeing Commercial Aviation (BCA) division were down to $ 4.3 billion.

Boeing has delivered more than 85 units of the Boeing 737 Max and 21 airlines have returned the aircraft to service in their fleets. Boeing plans to produce 31 units per month by early 2022.

At the end of March, Boeing also resumed delivery of the 787. During the first quarter, Boeing reached a production rate of 5 planes per month at the final assembly line of the 787 in South Carolina (Boeing South Carolina).

The BCA division also announced that it will continue to work with regulators around the world on various aspects of the development of its 777X program. The Group still plans to deliver the first copy of the 777X at the end of 2023. The combined production rates of the 777 / 777X are increasing to 2 copies per month.

See Also:  where they are classified according to price, fees and cancellations

David Calhoun, Chairman and CEO of Boeing said: “I am proud of the progress our teams around the world have made during the first quarter in our various areas of activity while continuing to transform our Group, strengthening our safety and security processes, and continuing to invest for our future.As the pandemic continues to disrupt the global market environment, we see 2021 as an inflection point for our sector with the acceleration of immunization programs and collaboration with governments and industrial players to contribute to a solid recovery. The balance of our product portfolio for commercial aviation, defense, space and services continues to provide our Group with crucial stability. We remain fully focused on safety, quality and integrity, and uphold the commitments made to our customers. “

On the same subject