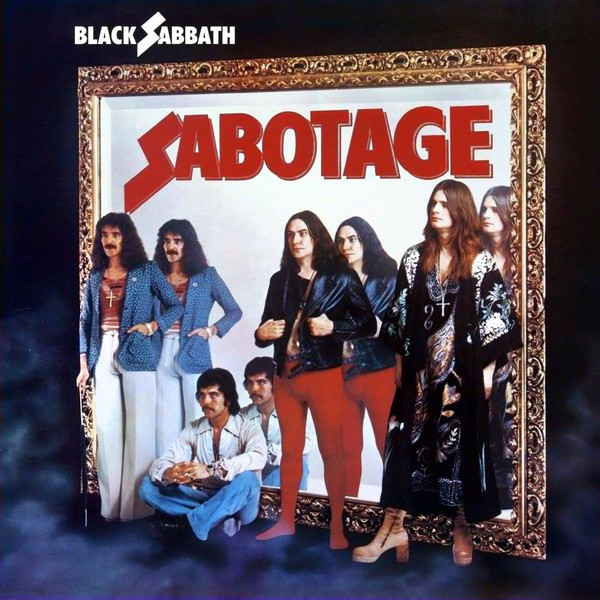 Posted at 08:00h
in Review
by Adélaïde Malval


Summer 75. Black Sabbath deliver their sixth studio album, the recording of which was shrouded in a heavy atmosphere. The band fired their manager Patrick Meehan and got it bad, very bad. Against all odds and legal injunctions, the hairy quartet will nevertheless produce one of its best pancakes, if not the best. Sabotage. The cover is ugly but whatever, the reviews will be positive, the ranking in the charts not bad and the North American tour that will follow cult. Led Zeppelin had released their grandiose Physical Graffiti a few months ago, The Who just gave birth to Tommy and Queen have gone green to refine the mythical A Night At The Opera. The atmosphere is ecstatic.

Summer 2021. Sabotage replies the tip of his nose in a deluxe edition of the most classy on CD and vinyl. On the program: the original fully remastered album, a live recorded during the aforementioned tour, facsimiles (replica of the concert libretto at Madison Square Garden, poster) and a book of illustrations. The opportunity to (re) immerse oneself in this abundant, stunning and, in many ways, innovative work.

Hole in the sky, gateway to Heaven

Much ink has already flowed to describe and chronicle Sabotage (when it is released as in each album list heavy metal must-haves worthy of the name). What more can we say, 46 years later?

Already, that the remastering carried out is invigorating. Fountain of youth, facelift, Lazarus well or other, Sabotage can be rediscovered in optimal conditions and with undisguised pleasure.

Then (and because emerging from the obvious is inevitable here), that the vocals ofOzzy Osbourne are hypnotic, the game of Tommy Iommi incendiary and orchestral arrangements as surprising as they are sensational. Sabotage it is also the undeniable talent of Black Sabbath to infuse their compositions with unstoppable melodies, controlled experiments, rough and atmospheric textures. The live recording is, for its part, monstrous. Some versions are close to a quarter of an hour (the azimut and fascinating Megalomania multifaceted), the solos gallop, Ozzy soars and the audience too.

Finally, that many groups owe a debt of gratitude to the opulent and irresistible sounds written by the imps of Birmingham (Arctic Monkeys, Royal Blood, Rival Sons, Greta Van Fleet,…). And just for that, eternal respect. The pagan mass is said.

His favorite songs: Hole In The Sky, Megalomania, The Thrill Of It All