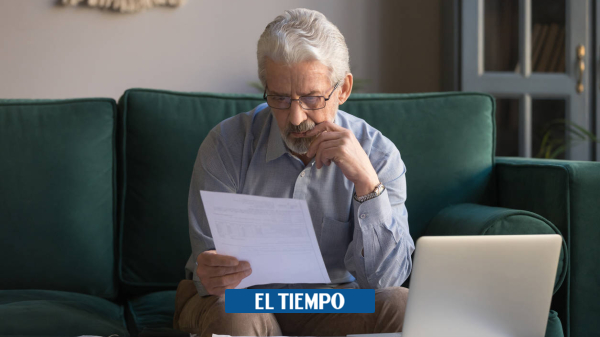 A team of researchers from the universities of Glasgow and Birmingham, in the United Kingdom, delved into the scientific theories about the information that the memory over time, and what parts are lost. They showed that memories become less intense and detailed over time, and that only the essentials are preserved.

According to the research, published in the journal Nature Communications, this fading of the regards it is enhanced when people frequently recall recent experiences.

(You may be interested: They find a billion-year-old chicken egg).

The work could have implications in several areas, such as the nature of the regards in post-traumatic stress disorder, repeated questioning of eyewitness testimonies and even best practices for the study of exams.

Although memories are not exact copies of the past, since remembering is understood to be a highly reconstructive process, experts have suggested that the content of a memory could change each time we bring it to mind.

However, until now it has been difficult to measure the differences between original memories and experiences, as well as their transformation over time, in the laboratory.

For this study, the researchers developed a simple computerized task that measures how quickly people can recall certain features from visual memories when asked to do so.

The participants learned pairs of words and pictures and were subsequently asked to recall different elements of the picture when the word was indicated to them.

(Also: Experiments show that natural selection is opposed to sexual)

For example, they were asked to indicate, as quickly as possible, whether the image was in color or grayscale (a perceptual detail), or whether it showed an animate or inanimate object (a semantic element).

These tests, which probe the quality of visual memories, were performed immediately after learning and also after a two-day delay. The reaction time patterns showed that the participants were quicker to recall the semantic and significant elements than the superficial and perceptual ones.

Julia Lifanov, lead author of the study from the University of Birmingham, recalls that “many theories of memory They start from the premise that, over time, and as people retell their stories, they tend to forget superficial details, but retain the semantic and meaningful content of an event. “

Imagine that you remember a dinner with a friend before the crisis and realize that you cannot remember the decoration of the table, but you know exactly what you ordered; or you remember the conversation with the waiter, but not the color of your shirt. Memory experts call this phenomenon ‘semantization’, “he says.

Professor Maria Wimber, lead author of the study from the University of Glasgow, explains that “the memory pattern of significant semantic elements that we demonstrated in this study indicates that memories are biased towards meaningful content in the first place, and we have shown in studies Earlier, this bias is also clearly reflected in brain signals. “

“Our memories change with time and use and that is a good and adaptive thing.
-Add-. We want our memories to retain the information that is most likely to be useful in the future when we encounter similar situations. ”

The researchers found that the bias towards semantic memory content becomes significantly stronger over time, and with repeated recall.

(Also: How are cosmetics tested when they are not tested on animals?).

When the participants returned to the lab two days later, they were much slower to answer the questions with perceptual details, but showed relatively preserved memory for the semantic content of the images.

However, the shift from richly detailed memories to more concept-based ones was much less pronounced in a group of subjects who repeatedly viewed the images, rather than being asked to actively bring them to mind.

The study has implications for probing the nature of memories in health and illness. It provides a tool to study maladaptive changes, for example in post-traumatic stress disorder, in which patients often suffer from intrusive traumatic memories and tend to overgeneralize these experiences to new situations.

The results are also very relevant to understanding how eyewitness memories can be skewed by frequent interviews and by repeatedly recalling the same event.

The results also show that testing yourself before an exam (for example, using flash cards) will make meaningful information stick for longer, especially when followed by periods of rest and sleep.

NASA has yet to select Alyssa Carson to go to Mars

NASA investigates huge explosion never seen before in the Sun

Most powerful space telescope to launch between October and December