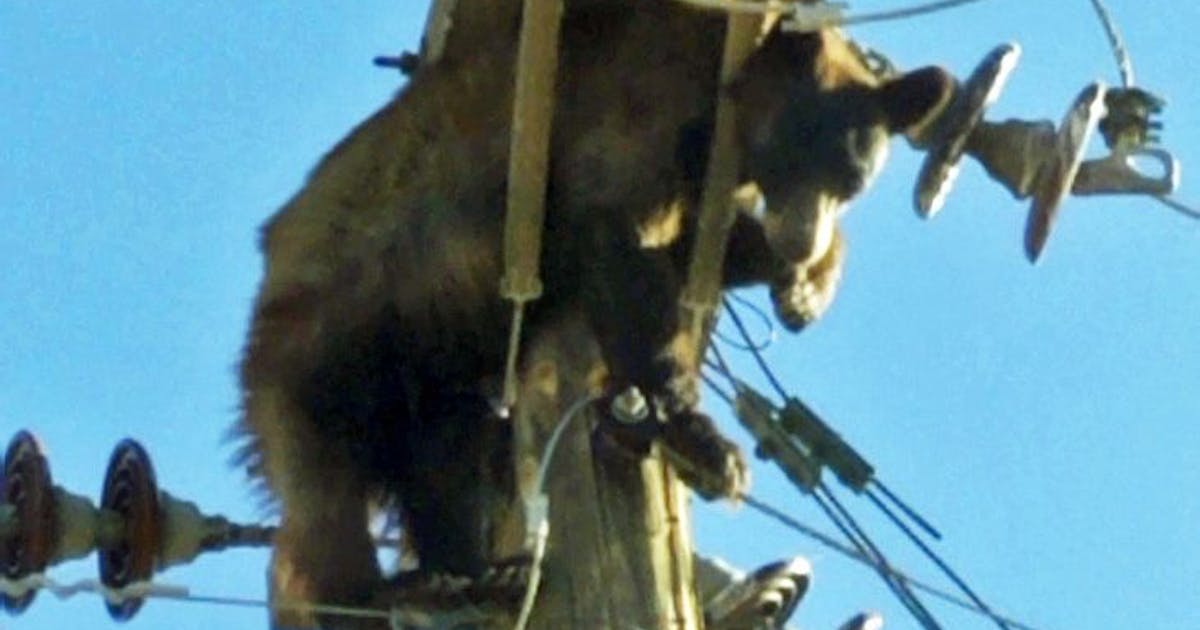 A bear in the United States puts itself in a precarious position by climbing to the top of a power pole. In order to bring it back to the ground safely, the power has to be switched off.

A bear is stranded on a power pole in the US state of Arizona. The energy supplier Sulfur Springs Valley Electric Cooperative was informed on Monday (local time) that the animal had become entangled in wires from the mast on the outskirts of the town of Willcox.

The electricity was turned off immediately, said Werner Neubauer from the company. He then went up to the bear in an elevator and tried to get him to climb back down with a two-meter stick.

Warner Newbauer and Efren Gallego
of the Sulphur Spring Valley Electric Co-op coaxing a young bear off a utility pole in Willcox yesterday.
They cut power to the pole before going up in their boom truck basket. The bear, likely startled up the pole, then moved off uninjured. pic.twitter.com/BIjetTHsja

But he had also encouraged the bear well, said Neubauer. “I think I told him I would help him get down the mast”. It was clear to him that the animal could not understand him, but that was how he “got his attention.”

Ultimately, the bear climbed down. Then he ran off into the desert. According to Neubauer, there were no injuries. The power cut in favor of the bear only took about 15 minutes.