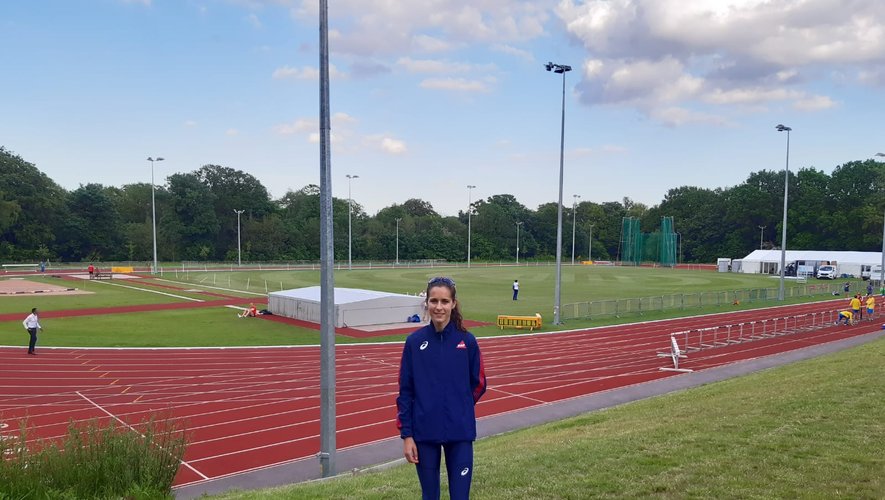 In Birmingham, on the university track, the European top 10 000 meters competed for the European Cup of the specialty. France had selected only three women over the distance, including Mélody Julien. And she was once again at the rendezvous: in 33’10”47, she slammed 17 seconds to her own French record, finishing second French and nineteenth in the race. In quarantine for seven days, despite negative PCR tests, she sends us her impressions.

Two selections in France A while you are still hopeful. Isn’t that impressive after all?

No, I was very happy each time, and each time, I broke the record for France espoirs! “(At the World Half-Marathon Championship last year in Poland, and this Saturday over 10,000m track in England).

What is your race plan for these meetings?

In fact, I run the way I feel. I still have a lack of experience and I miss high level races. I started a bit fast, based on 31’40 ”, I slowed down around the halfway point, some girls caught me, but I picked up a girl on the last lap. I am disappointed not to have gone under 33 ‘.

Mélo, a time under 32 ‘, is not yet used to this novelty: a luminous thread now accompanies the athletes to set the pace. Maybe she should have followed the beat at 32’15 ”, but it is not easy to integrate all these novelties, although:

“I didn’t have any apprehension at all, because there was a very good atmosphere, and I’m starting to know a lot of girls, but it must be said that it was my first selection on the track.”

See Also:  The unreal price that Aston Villa has put on Jack Grealish

Among the favorites of the U21 European Championship

Our “Fireball”, under a somewhat expansive exterior, knows better and better where he is, and does not hesitate to let go with great confidence: “It prepares me for the European Championships hope in Latvia (from 8 to July 11), and there I hope to make a medal. ” Mélody is today one of the rare gems of French athletics. An athletics which seeks successors to Mélina Robert-Michon, Renaud Lavillenie or Yohann Diniz. What if Melody was soon?