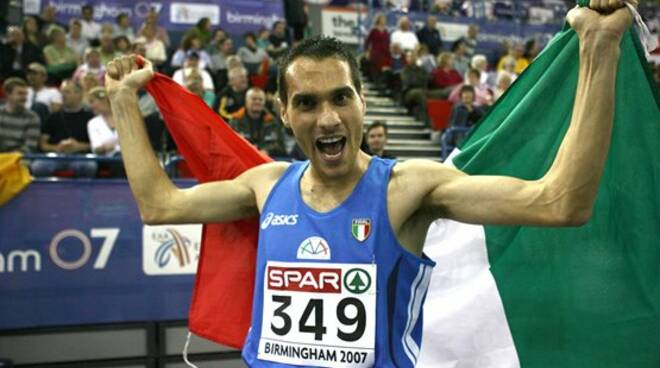 Rome – In the year of Centenary of the athletics team of the Fiamme Gialle, another anniversary shakes emotions and brings back special memories. And just today. One of the symbols of the centennial history of the yellow-green team who wrote the history of the discipline. Cosimo Caliandro, a very talented middle distance runner, he was only 29 years old when in 2011 it left an unbridgeable void.

I’m so many then 10 years without him and a monument that represents him and makes him participate forever in the life of Sports Group and the career of those who knew him and of those who came to the track after him, is present at the Castel Porziano Sports Center, right on the athletics field, inaugurated on the occasion of the Italians of the 10 thousand. In the summer of 2011, during the Absolute Italian Summer Athletics Championships, his companions of the Fiamme Gialle remembered him during the demonstration in Turin with a commemorative pin and took it with them in the race. They will do it again in this 2021 that celebrates it, together with the yellow-green legends of athletics. In the heart and soul they will still carry it in the heart, on the occasion of the next Italian Absolute in Rovereto next week.

‘The premature death of a wonderful boy and fantastic athlete’. This is how he reads the note spread by the Fiamme Gialle. He was a victim of a motorcycle accident on June 10, 2011. Meanwhile Cosimo will be remembered tomorrow in Grosseto. On the occasion of the Italian junior championships and promises, will be celebrated shortly before, a mass in suffrage on the field that saw him as the protagonist of a growing athletics and an athlete who then won gold in the 1500 category, as well as the medals that made him a legend of the team and the national team, including a gold in the 3000 at the 2007 European Indoor Championships in Birmingham e a silver medal at the Indoor European Cup in Moscow 2008. He also participated in half marathons, including the Rome Ostia. He won the Miguel’s race and gave indelible emotions. The Fiamme Gialle and the Guardia di Finanza remember him through an evocative video broadcast on the Body’s youtube channel.

Her teammates, then and now, will still experience those emotions in the dance of generations that followed one another at the Fiamme Gialle and they wrote the annals of the discipline. In this centenary of athletics Fiamme Gialle even its star shines.