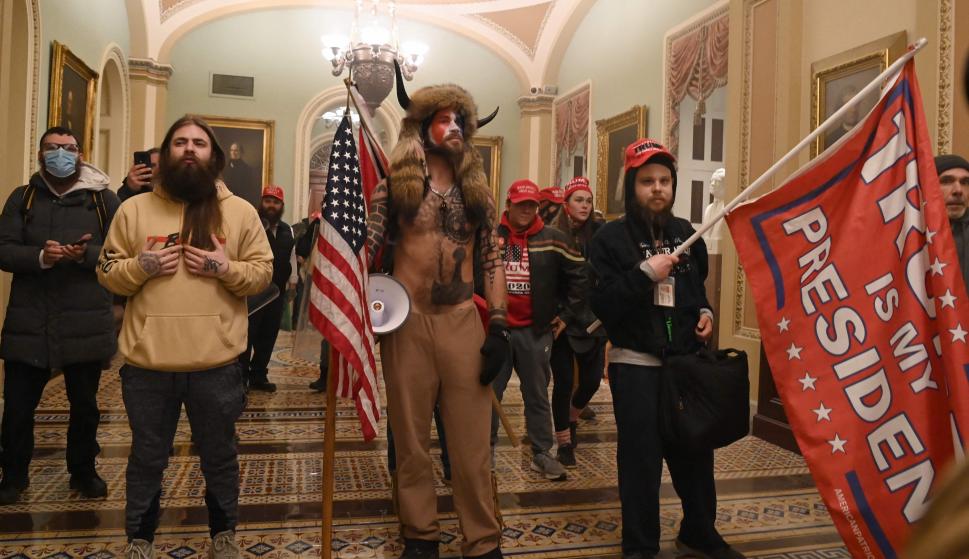 The note you are trying to access is exclusively for subscribers

Know our plans
and enjoy El País without limits.

If you are already a subscriber you can
enter with your username and password.

Jacob Chansley, the man who participated in the assault on the United States Capitol disguised as a bison, was sentenced this Wednesday to 41 months in prison – three years and five months in prison – in a federal court in the country.

In September, Chansley, a native of Arizona, pleaded guilty in federal court for the District of Columbia, which tried him on a charge of obstructing official proceedings during a session of the Congress on January 6, when the assault on the Capitol took place.

Armed with a spear, shirtless and wearing a buffalo horned hat, Chansley participated in the invasion alongside hundreds of Donald Trump supporters to prevent lawmakers from validating Democrat Joe Biden’s victory in the presidential election.