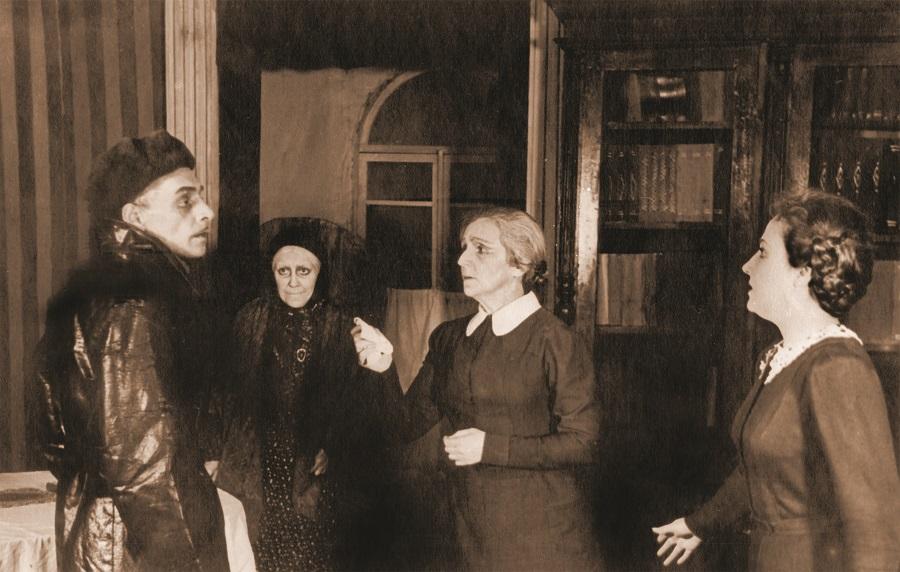 – Just imagine – the cannonade died down, the soldiers gathered in the clearing – and Pyotr Ivanovich reads this tale to them … The soldiers wrote it down on sheets of paper, folded front triangles and sent home to Chelyabinsk, to their children and wives. How symbolic it is – a fairy tale that was born in the workshops of our tractor plant, flew to the front and returned to the city in front-line triangles, says Alexander Krasnov and shows us a portrait of Pyotr Kuleshov – it hangs in the commemorative gallery of the modern drama theater.

51 people went to the war from the collective of the drama theater. 21 – forever. And Peter Kuleshov is back! And he became a People’s Artist, then – an honorary citizen of Chelyabinsk, lived a long and rich life. In 1973, he brilliantly played the role of Feldkurat Katz in Naum Orlov’s play Joseph Schweik versus Franz Joseph. When the artist was already 80 years old, he chose this particular performance for the benefit performance, sang and danced to the orchestra without a phonogram. “This man saw everything in life – and, always loving life, he carried it all to the stage,” concludes the curator of the museum.

But back to the war years …

Restoration of the troupe and repertoire

So, at the beginning of 1942, the Chelyabinsk troupe of the Zwilling Drama Theater was working in Shadrinsk. The repertoire of the theater includes: “Gadfly”, “Maria Tudor”, “Mashenka”, “A guy from our city”, “Rift” and “Partisans in the steppes of Ukraine”. In February, the staging of Nikolai Pogodin’s play “Kremlin Chimes” was resumed.

The war is raging – home front workers need support and inspiration. On March 15, 1942, they show the performance “The Battalion Goes West” based on the play by Georgy Mdivani.

After the departure of the Maly Theater – in the fall of 1942, when the situation near Moscow stabilized – the drama troupe returned to its native stage. On October 14, the Drama Theater announces recruitment for the male supporting cast of the troupe.