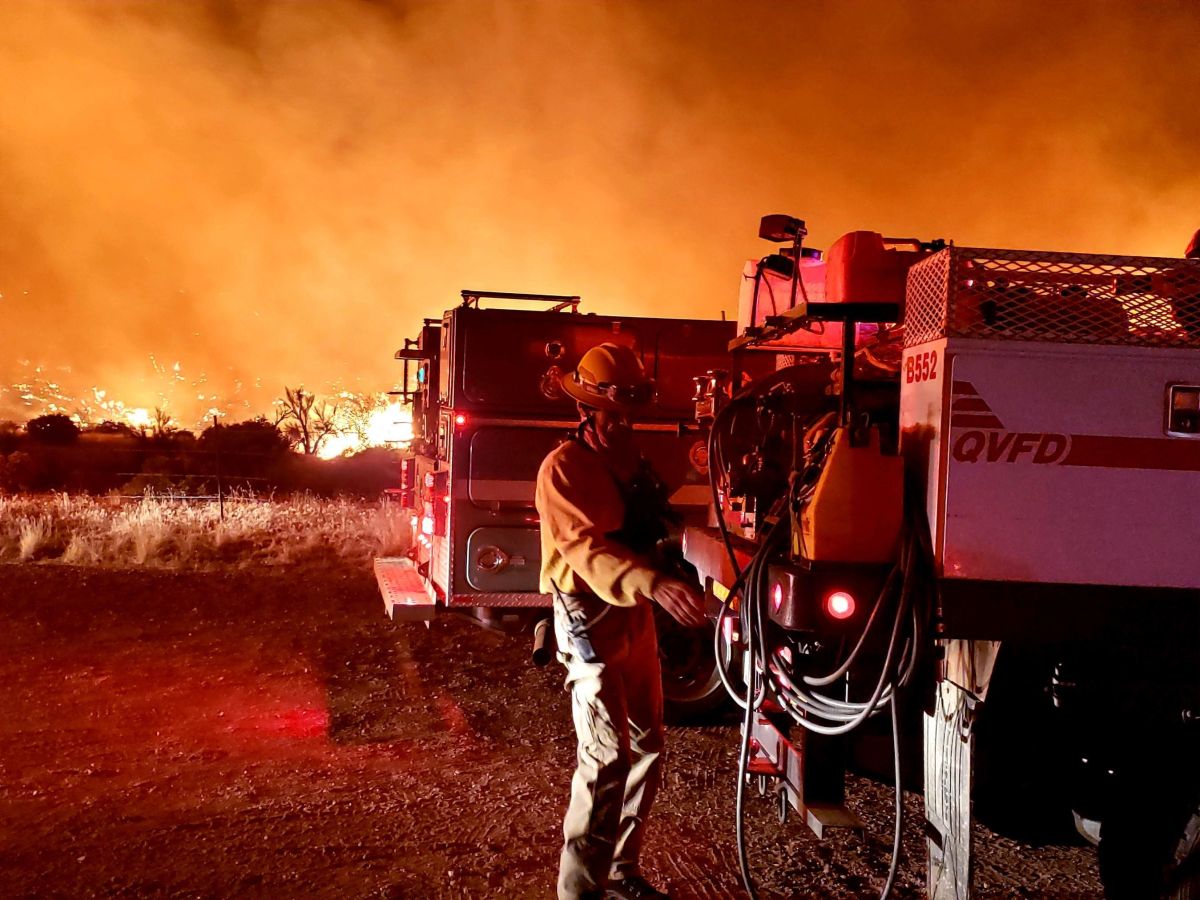 The governor of Arizona, Doug Ducey, issued emergency statements Wednesday in response to two forest fires that have already burned more than 146,000 acres in their state.

The statements will provide up to $ 400,000 for response efforts to the two wildfires, reported CBS News.

“Declarations of Emergency and Federal Grants will help ensure that first responders have the necessary resources for response and recovery, protecting people, pets and property,” he wrote. Ducey On twitter. “We will continue to work closely with local officials to ensure the needs of those communities are met.”

Today I’m issuing Declarations of Emergency in response to the #TelegraphFire and #MescalFire, which have burned 146K+ acres and led to many evacuations and road closures. Fire and safety officials are working around the clock to contain these dangerous fires. 1/

Arizonans must take the threat of wildfires seriously and follow all safety precautions during these dry months, including following evacuation orders. I’m grateful to our brave firefighters and everyone working to protect Arizonans this wildfire season. 4/4

The Telegraph forest fire was first reported Friday afternoon and was estimated to be 84,860 acres in size on Wednesday, according to the Incident Information Management System InciWeb. The fire was 34% contained and more than 923 firefighters responded to it.

Its extension makes it the ninth largest wildfire in Arizona history, surpassing the 84,750 acres from the Aspen Fire in 2003.

The cause of the fire that was classified as a “dynamic fire” and “fast moving” near the southern border of the Tonto National Forest is still under investigation.

The Pinal County Sheriff’s Office ordered residents in the Top-of-the-World area Sunday to “evacuate immediately.” “Numerous evacuation status alerts” have also been issued in nearby areas in response to “extreme fire activity.”

The Pinal Sheriff’s Office said Wednesday that the city of Superior and the Battle Ax area affected by the Telegraph fire They have returned to the “READY” state. Fire crews have done an excellent job securing those areas, and residents who have voluntarily relocated can safely return home.

The Town of Superior and the area of Battle Ax affected by the #TelegraphFire have returned to “READY” status.

Fire crews have done excellent work securing those areas, and residents who may have voluntarily relocated can safely return home. pic.twitter.com/KBLYr79kFz

PCSO Deputies are regularly checking on areas evacuated by the #TelegraphFire.

The Arizona Red Cross has established evacuation centers and large animal shelters have also been made available, the Sheriff’s office said and advised residents in the surrounding areas to “remain vigilant and be prepared to evacuate.”

The second active forest fire, called Mescal Fire, was reported last Monday and was estimated at 70,066 acres in the Mescal Mountains as of Wednesday, according to Inciweb. The 610 firefighters have made “significant progress” in containing the fire to 23% through the use of methods such as the aerial spill of water.

“Firefighters have been successful in reducing the threat of fire to important infrastructure, resources and communities,” stated the general description of the incident. “The potential for fire still exists.”

Some roads in the area have begun to reopen and all San Carlos residents have been instructed to return to their homes. Other roads are still closed.

Check your route before heading out with AZ 511 & ADOT Alerts apps: https://t.co/18uQYLoqla pic.twitter.com/DaBMySP0kg

Other areas like East El Capitan remain under evacuation. The cause of the Mescal fire is also still under investigation.

Arizonans should take the wildfire threat seriously and follow all safety precautions during these dry months, including following evacuation orders. Ducey stated. “I am grateful to our brave firefighters and everyone working to protect Arizonans this wildfire season.”