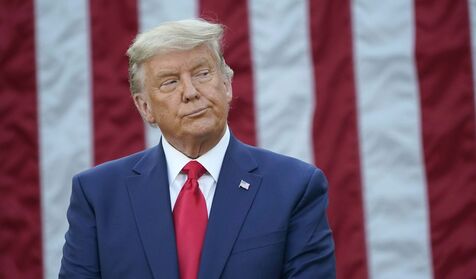 When the suspicions of fraud around the postal vote in the elections of next May 4 in the Community of Madrid intensify, after numerous users of Correos have found in their ticket the concept “Votes cast”, without having voted, in the USA New measures are underway to audit the results of last November.

In Arizona, a traditionally Republican state where was imposed Biden against all odds by just 0.3%, a large team of forensics examines more than two million votes in a new manual recount in Maricopa County. Among other methods, this time they use ultraviolet lights to look for watermarks on ballots from face-to-face voting and by mail. Since November 3, the Grand Canyon State has remained one of the legal battlegrounds over suspected voter fraud, along with Nevada, Georgia, Pennsylvania, Michigan, and Wisconsin.

According to Karen Fann, president of the Arizona Senate, who is leading the audit, “We are not here to revoke an election or decertify voters. That is not our job. Our job is to pass electoral laws … and make sure those laws they are followed to the letter, that they are always above any reproach and, if we find an error, correct it or report it “.

From the Democratic Party they have tried to obstruct the count in court through a temporary restraining order. To no avail, as they were later forced to withdraw it after a judge ordered them to pay a million dollars in case of losing their legal challenge. In parallel, the televisions are working on a new attempt to ridicule the suspicions of fraud and discredit any initiative in favor of electoral security, which should interest Republicans, Democrats, the media and any citizen.

See Also:  Trump wants to have a woman executed

Kelly Ward, chair of the Arizona Republican Party, has said the state Supreme Court is in a position to stop Democrats from trying to stop the audit. The judges consider that it is a constitutional law that protects the integrity of elections and ensures the separation of powers. In addition, Ward has called on Americans to follow the investigation in real time and support any initiative aimed at preserving the integrity of the elections.

Meanwhile, Peter Navarro, a trade adviser to the Trump administration, has predicted that a count in Georgia would reveal massive electoral fraud, on a scale “much older than ArizonaIn the southern state, especially in Atlanta, poll workers let the fraud go through collusion between certain state officials and members of the Democratic Party. Navarro has also highlighted that these audits will reveal systemic fraud patterns, followed by Democrats in the states considered hinge before the elections and that, for the most part, ended up turning from red to blue in the middle of the morning.