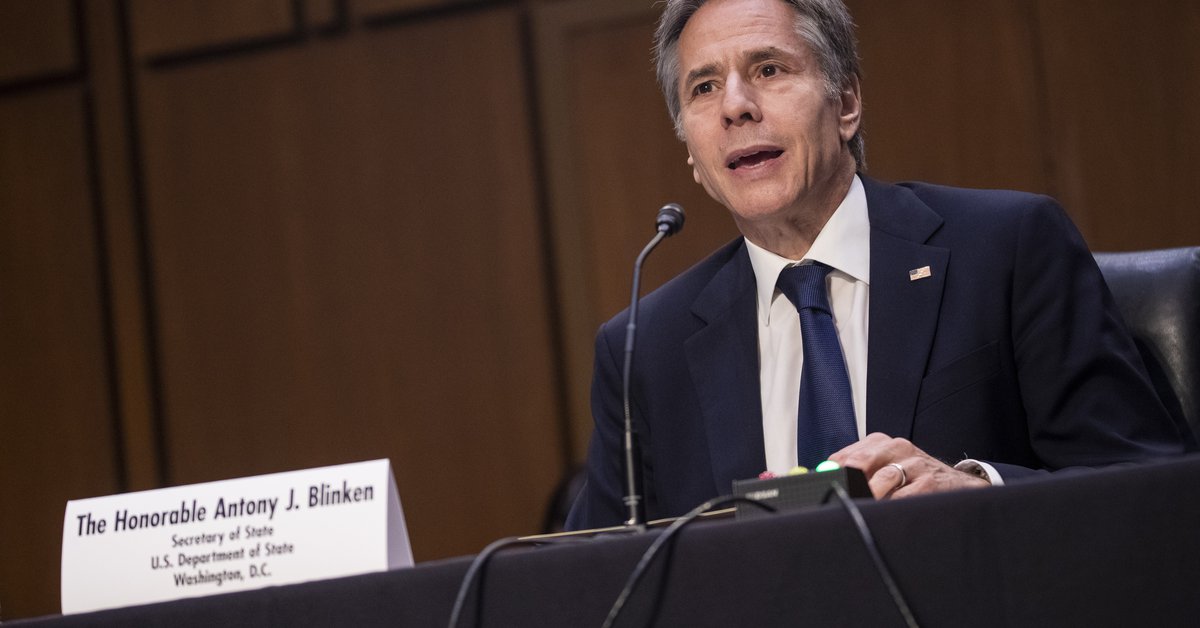 The head of American diplomacy, Antony Blink, on Friday called on China to show more transparency about the origin of COVID-19 and reduce pressure on Taiwan, in an exceptional call with a senior Chinese official.

Blinken, who called his Chinese counterpart from the G7 summit in England Yang Jiechi, “stressed the importance of cooperation and transparency regarding the origin of the virus“Including allowing experts from the World Health Organization to return to China, according to a statement from the US State Department.

The president of United States, Joe Biden, asked US intelligence at the end of May – which is torn between the thesis of an animal origin of the virus and that of a leak from a laboratory in the Chinese city of Wuhan – that “redouble your efforts”To explain the origin of COVID-19, and to submit a report within 90 days.

Antony Blinken also asked Beijing to “end your pressure campaign against Taiwan” So what “resolve peacefully”Issues related to the island.

Joe Biden asked US intelligence at the end of May to “redouble its efforts” to explain the origin of COVID-19, and to present a report within 90 days (Leon Neal / Pool via REUTERS)

He mentioned the “worry“From the United States by”genocide and ongoing crimes against humanity”, Directed, according to the US government, against Uighur Muslims in Xinjiang. He also referred to the “deterioration of democratic norms in Hong Kong”.

This is the first exchange between the two officials since their extremely tense meeting in March in Anchorage, Alaska, during which the two rival great powers showed their differences to the cameras of the world, giving the impression of an insurmountable gap.

According to American and Chinese reports, the tone was once more confrontational.

The US Secretary of State once again asked for the “immediate release“Of Western citizens victims of”arbitrary arrests” in China.

The officials also discussed issues on which their countries have, according to Washington, common interests, such as North Korea and “the need for the United States and the People’s Republic of China to work together to denuclearize the Korean peninsula,” as well as issues related to Iran, Burma and the climate crisis.

(With information from AFP)

Boris Johnson inaugurated the first face-to-face summit of the G7 during the pandemic: “We have to rebuild better”
The message from Jill Biden on her clothes upon arrival at the G7 that did not go unnoticed
The European Union joined the United States’ request and demanded “transparency” from China to determine the origin of the pandemic