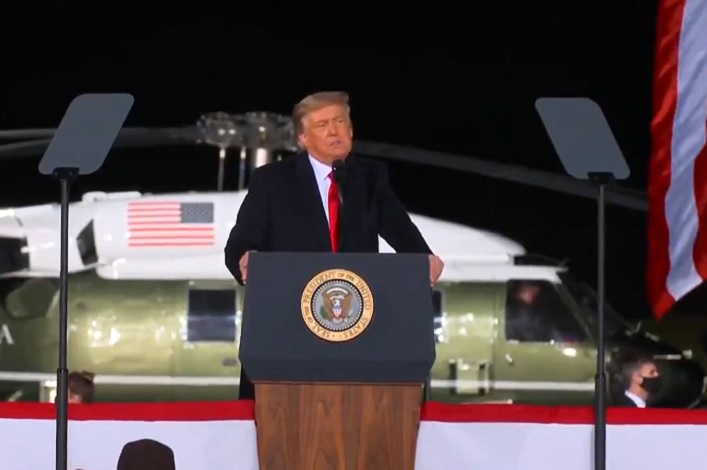 In addition to the disastrous images of the Capitol, Donald Trump will leave an extremely negative environmental footprint. According to Columbia University in New York, the US President has made 172 decisions that go against the fight against climate change and pollution. And the pace is accelerating at the end of the mandate with two new measures taken this week.

It’s a very chaotic end of mandate for Donald Trump. While hundreds of demonstrators occupied the Capitol on Wednesday, January 6, his administration granted drilling concessions in a protected area of ​​Alaska, where polar bears and caribou live. 11 concessions were sold for $ 14 million, well below the $ 1.8 billion promised by proponents of drilling in 2017, the oil industry being aware of the economic and climate risks involved in such a region.

But if this auction is a failure, it perfectly symbolizes the footprint that Donald Trump will leave on the environmental level. He had from the start announced his intention to dismantle a large majority of environmental protection laws. Promise kept! According to Columbia University’s Climate Deregulation Tracker (1), 172 regulatory changes and presidential decisions have weakened the fight against greenhouse gas emissions and pollution.

The pace picks up at the end of the term

And while there are only seven days left before the handover, the pace is accelerating in the White House. On Tuesday January 5, it was migratory birds that lost their protection, as companies could no longer be prosecuted when they were indirectly involved in their death. The day before, the Environmental Protection Agency amended a regulation on the development of public health rules which will result in the exclusion of certain major scientific studies.

The Biden administration has promised to backtrack on all of these decisions. With the House of Representatives and now also the Senate fallen into the Democratic camp, the new president should have full latitude to embark on an ambitious climate policy. “Either way, the most pernicious of these rules will end up being overturnedA senior official in Biden’s transition team told reporters. But it will take time.