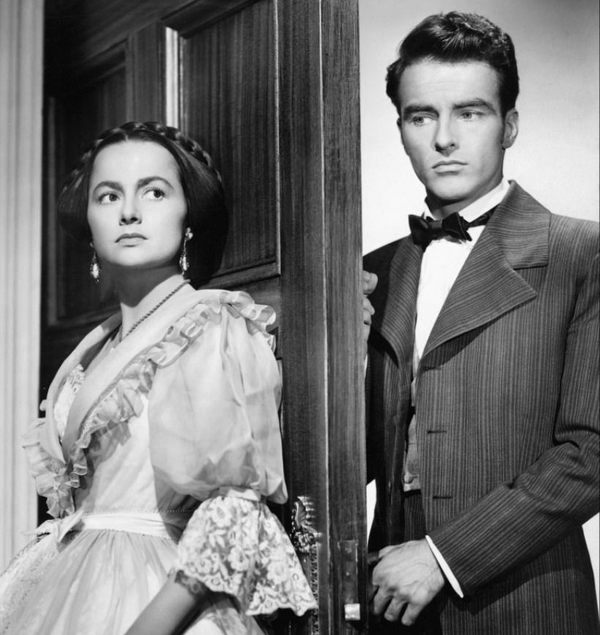 At the end of the 19th century, Catherine Sloper lived in a wealthy mansion in Washington Square, the “beautiful neighborhood” of New York, in the company of her father, Austin Sloper, widower, wealthy and tyrannical. The young girl, shy and without great attractions, meets the attractive Morris Townsend during a ball. The young man immediately pays her an eager court …

The works of Henry James, one of the greatest American writers of the 19th century, have often been adapted for film and television. Cinephiles remember the superb version of Jack Clayton Innocents (1961) and the trilogy devoted to him by James Ivory: Europeans (1978), Bostonians (1984) and The Gold Cup (2000). In 1949, William Wyler, a major filmmaker of the 1950s and one of the few to have the Final Cut (cf. bonus), realizes The heiress based on the play by Ruth and Augustus Goetz “Washington Square” (1947), version written for the stage of the novel by Henry James published in 1880. The film, now a classic, will collect four Oscar for its actress (Olivia de Havilland), his music (Aaron Copland), his artistic direction (Harry Homer, John Meehan and Emile Kuri) and his costumes (Edith Head and Gile Steele). Like most of her works, the complex novel by Henry James, inspired by an anecdote told by one of her friends and for which “Balzacian realism” still operates, is not very easy to adapt. However, in addition to the play and the version of William Wyler, it will still inspire an opera by Jean-Michel Damase (1974), a French television film by Alain Boudet (1975) and a feature film by Agnieszka Holland (1997). The heiress was originally commissioned by Olivia de Havilland (who, aged 104, passed away on July 26, 2020), already an Oscar winner in 1947 and who wanted by seeing the play on Broadway that William Wyler la directed. A choice that will pay off since the director will consolidate his immense talent as an actress on screen, by playing Catherine Sloper, against the big names around her: Sir Ralph Richardson (Dr. Austin Sloper), Montgomery Clift (Morris Townsend) and Miriam Hopkins (Aunt Lavinia Penniman). The filmmaker was a formidable director of actor even if he was also the champion of supernumerary takes (the actors of Ben-Hur in 1959 know something about it)! Wishing Errol Flynn who refuses the role of Morris, William Wyler will compose with Montgomery Clift, already star and who later will declare himself dissatisfied with the film, by granting the character to the quirky and enigmatic play of the actor: very imbued with his interpretation, he incidentally turns out to be ideal. The film, superbly photographed by Leo Tover, is shot entirely at the Paramount studio in Hollywood: most of the scenes are set indoors, but a few wide shots of exterior sets have that fictitious charm characteristic of filming in artificial sets. Cradled by the music of Aaron Copland, who embroiders on the song “Plaisir d’amour” by Jean-Paul -Égide Martini (1784), The heiress is an actor film. The presence of Ralph Richardson, an admirable doctor but an intractable and selfish father, is striking: he monopolizes the space to the point that the director has to play with framing and editing to prevent him from swallowing up the plot! Finally in a very complex role, Miriam Hopkins excels at shaping the contradictory facets of her character of Aunt Lavinia, sometimes accomplice, sometimes lucid. If the staging of the drama is very classic, William Wyler admirably succeeds in translating the psychological issues of the novel and the play on screen by subtly characterizing each character: he thus polishes the gradual change of Catherine who, trapped between a father who despises her and a lover who manipulates her, will transform himself from the state of an obedient girl who is demeaned to that of a wealthy and conscious orphan who seems to have lost all humanity. William Wyler’s film ultimately leaves a strong impression on the sophisticated game of observation that is established between the characters and on that which exists with the spectator because many uncertainties remain after the final shot (in full action ). It is up to everyone to interpret, according to their sensitivity, the attitudes of the protagonists and to give meaning to the plot: by refusing to clarify the behavior of each other, The heiress is an ambiguous drama that leaves the door open to discussions. A very great movie. If technically the blu-ray is impeccable, we regret, despite the relevance of Frédéric Mercier’s subtle analysis, the lack of the many exciting bonuses present on American blu-ray (interview with Olivia de Havilland and Ralph Richardson, subject on William Wyler and Edith Head, etc…). 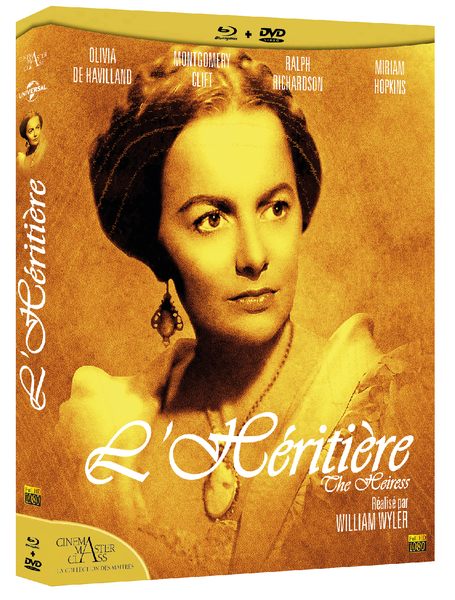