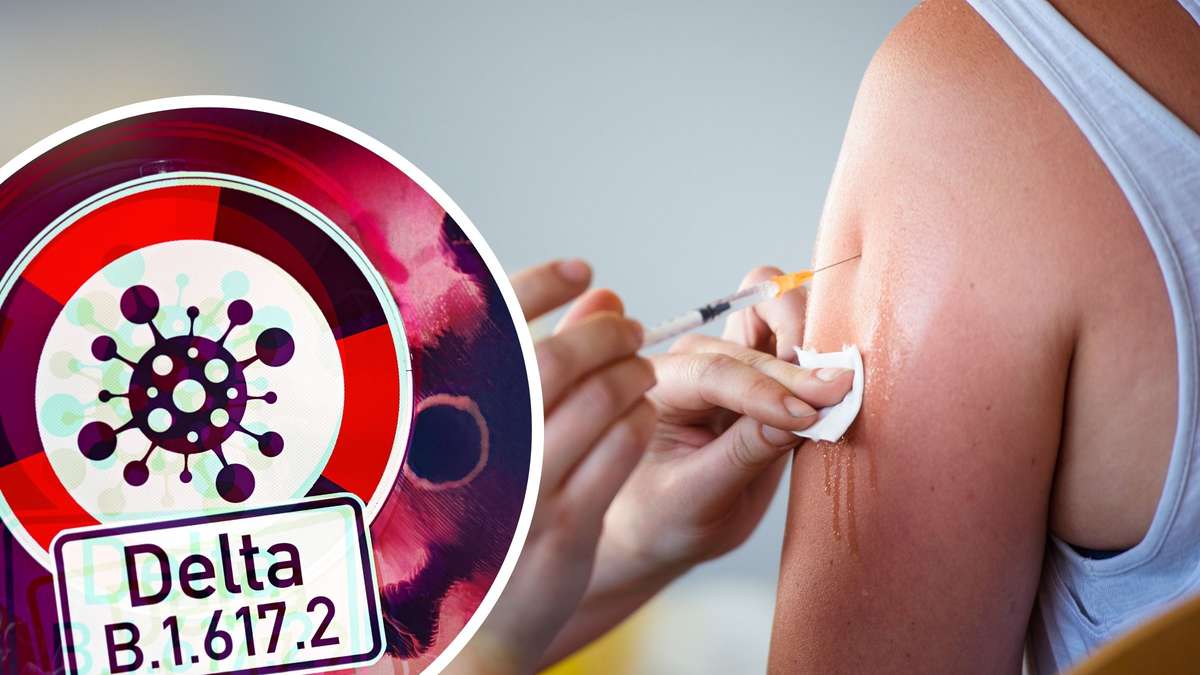 The “Indian” Delta variant is on the advance. Only a complete vaccination protects against infection with the corona mutation.

Hamburg – The “Indian” Delta variant B.1.617 is spreading rapidly. In Germany alone, the proportion of mutation has increased in all Corona* Infections almost doubled to six percent within a week, according to an analysis by the Robert Koch Institute (RKI) for the first week of June.

But despite all fears and worries, there is reason for hope. Because: A complete vaccination prevents infection with the Delta variant. The Indian mutation knows no mercy when it comes to half vaccinations.

Delta variant on the advance: Fear of the Indian corona variant is increasing

The Delta variant first detected in India, which has been classified as “worrying” by the World Health Organization (WHO), is spreading rapidly in Germany. Also there are already several cases in Hamburg given. The Berlin virologist Christian Drosten is now warning of the further spread of the Indian mutation. “If we were to calculate the way things have developed in England, with an approximate doubling per week, then we would have this speculative scenario: Then we would be at 20 percent this week. And we would have to expect that the number of registrations in Germany would rise again at the beginning of July, ”fears the chief virologist at the Berlin Charité.

Christian Drosten is not alone with this attitude. Frank Ulrich Montgomery, Chairman of the World Medical Association, is also concerned: “It is to be expected that the highly contagious Delta variant will spread even faster in Germany than the previous variants. The tricky thing about this variant is that infected people very quickly have a very high viral load in their throat and can thus infect others before they even notice that they are infected. “

Minister of Health Jens Spahn (CDU) also predicts that the question is not whether the Indian corona mutation will become the “dominant” form of the pathogen, but “when and under what conditions”.

All-clear for the delta variant: full vaccination is sufficient!

But there is also good news: the race against the spread of the delta variant is to be won! Even if several laboratory tests show that the “Indian” mutation is more resistant to vaccines than the wild form, the second corona vaccination is crucial. “Protection through a complete vaccination is sufficient,” says virologist Prof. Dr. Nicole Fischer from the University Medical Center Hamburg-Eppendorf (UKE).

A new study by the British health authority Public Health England (PHE) shows that a full vaccination with Pfizer / Biontech two weeks after the second dose prevents a severe course of 96 percent. For Astrazeneca’s vaccine, the rate is 92 percent. However, in order to ensure permanent protection against the corona virus in the long term, Chancellor Angela Merkel already believes in a vaccination booster in autumn.

A single vaccine dose, on the other hand, has little or no effectiveness against the corona variant, according to health expert Karl Lauterbach. A study published in “The Lancet” showed that just 32 percent of those vaccinated for the first time had “a quantifiable neutralizing antibody reaction” to variant B.1.617.2. * 24hamburg.de and Kreiszeitung.de are offers from IPPEN.MEDIA.