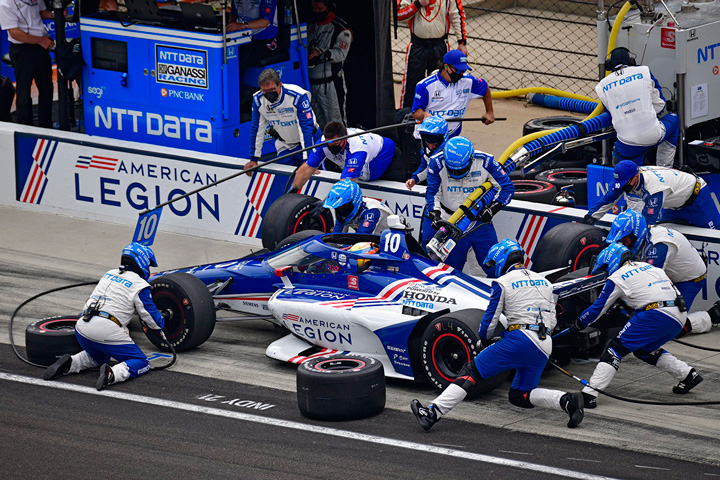 Chip Ganassi must be in good spirits in the Detroit paddock. In a season presented as a challenge between young and old, its youngest driver, Alex Palou, leads the Championship and its oldest driver, Scott Dixon, second. What was a rhetorical generational duel they have reproduced at home. But when you are the owner of the leading car and the owner of the second classified, there are reasons to be satisfied; more if the third full-time driver you have, Marcus Ericsson, is in the Top 10.

After the Indianapolis 500 comes a critical Championship weekend. Detroit’s double test marks the halfway point of the season and is a clear opportunity to position himself for the Championship. Those who go ahead, to shore up and increase their advantage; those who suffer a delay, to try to compensate or reduce it.

Forecasts? Simply impossible. Six races contested, six different winners: Palou, Dixon, O’Ward, VeeKay, Herta and Castroneves, but the latter only plays half a dozen races and does not enter the battle for the title.

In this way, four youngsters and a veteran, the only one who can endure the pull. It is clear that Will Power, Alexander Rossi, Graham Rahal or Takuma Sato cannot delay their reaction any longer, while Simon Pagenaud or Josef Newgarden cannot give any more ground.

Palou is showing brutal regularity– Won the inaugural round at Birmingham, was second at Indianapolis and third at the Indy Grand Prix, plus fourth and seventh at the Texas double date. Only in St. Petersburg, a street circuit like Detroit, was it not in the Top 10 and finished in 17th position. For the first race this weekend, he starts with a certain disadvantage as he loses six positions on the starting grid – tomorrow, Saturday – due to a premature engine change.

“I’m not thinking about the Championship, I prefer to go as before, race to race. If we continue doing it as we have done before, I think that in the end we will be able to fight for the Championship “, the Spanish rider highlighted.

Your problem? He doesn’t know Detroit. Last year the appointment was canceled. Your strength? Learns fast.