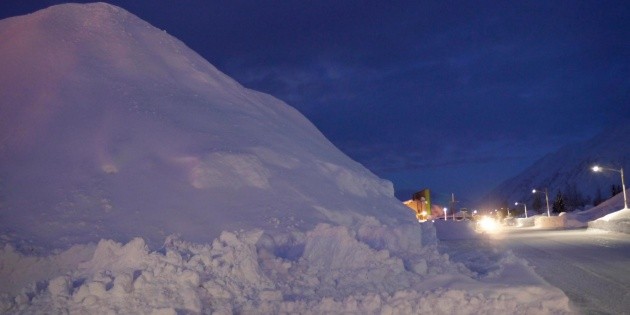 The inhabitants of some arctic cities are about to experience the polar night: the absence of sunlight for a period that will extend for more than 60 days; that is, until January 2022, and it will be because of the tilt of the Earth’s axis.

During this week, The inhabitants of Barrow, Alaska, and other cities around the world in the Arctic region last saw the sun above the horizon this year.or. The solar night will last for 66 days.

The polar night is a phenomenon that occurs year after year due to the inclination of the Earth’s axis. During such a tilt, the absence of sunlight lasts for several weeks in both the Arctic Circle and the Antarctic.

In this case, the farthest destinations above the Arctic Circle experience longer polar nights. for they remain behind the sun. This phenomenon is accompanied by a starry sky and northern lights with fascinating dances of colors.

The polar night occurs at the end of November in the Arctic region during the winter period. The absence of sunlight and the predominance of darkness with a slight blue tint, added to the colors of the northern lights and snow, make this natural phenomenon one of the most fascinating for travelers.

During the polar night, the sun does not reach high enough above the horizon. The city of Barrow, in Alaska, is very close to the North Pole, it is for this reason that sunlight will be able to be appreciated again until January 23, 2022.

It must be said that the polar night is not exclusive to this city: it also occurs in other countries. Among the destinations that experience it is the city of Murmansk, Russia, there it will begin on December 2 and end, as forecast, on January 11, 2022. In Tromso, Norway, the polar night will be from November 27 to November 15. January next year.