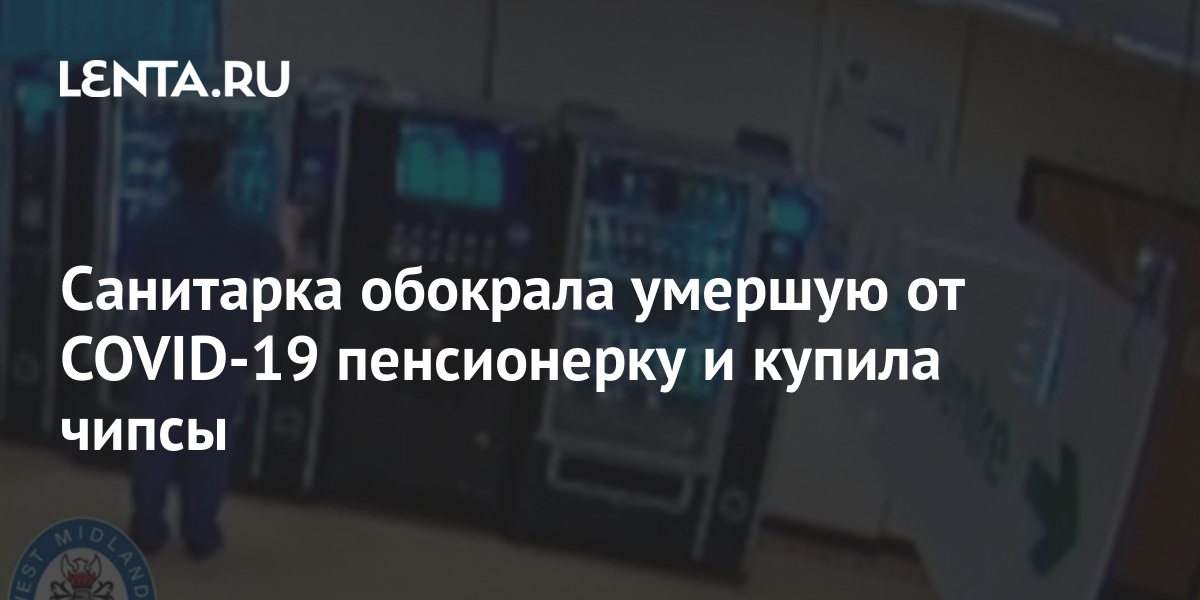 A hospital employee from the English city of Birmingham stole a bank card from a deceased pensioner, bought chips and was poisoned on trial. Reported by The Sun.

The incident took place on January 24, 2021. 23-year-old Ayesha Basharat found the card of an 83-year-old woman who died from COVID-19 in the ward. Within 17 minutes after the patient’s death, the nurse bought chips and other snacks for a total of £ 1 (101 rubles) from the hospital’s vending machine. At this moment, the thief got on the CCTV cameras.

Later, the nurse made another purchase for 1 pound sterling, and then tried to use the card again, but she was already blocked. Police arrested Basharat at his workplace.

The thief claimed that she simply confused the patient’s card, which she found on the floor in the ward, with hers. However, the investigation found that the cards differ in color, and it is impossible to confuse them. “It was a disgusting abuse of the confidence of the patient and her family,” said investigator Andrew Snowdon, who handled the theft case.

On Wednesday, June 9, Basharat pleaded guilty. The court sentenced her to a five-month suspended sentence.

Earlier it was reported that the English doctor Haydar Al Nageim (Haydar Al Nageim) for two years, embezzled a salary that came to him by mistake. In total, during this time, he illegally received 41 thousand pounds (4.2 million rubles).